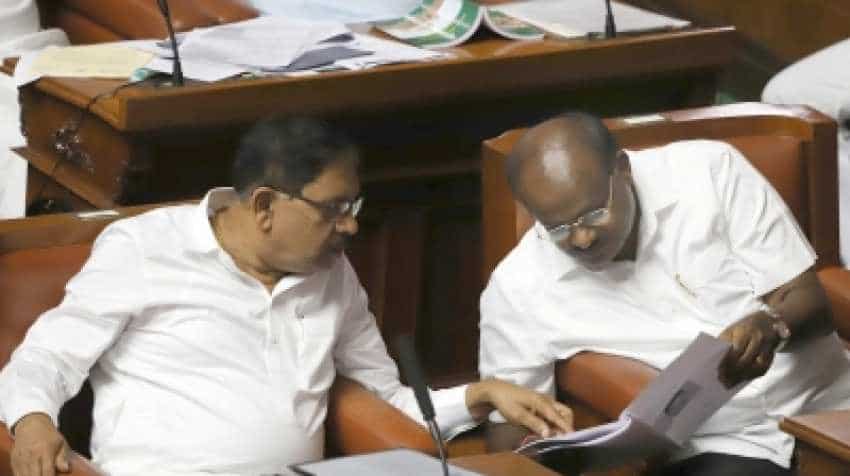 All the members have been asked to be present in the Assembly for the trust vote. Photo: IANS
Written By: ZeeBiz WebTeam
Edited By: Harish Dugh
RELATED NEWS

With the Karnataka Assembly resuming debate on the confidence motion, the clock is ticking on Chief Minister H.D. Kumaraswamy-led coalition government to prove its majority. All the members have been asked to be present in the Assembly for the trust vote.

Opposition BJP is buoyant as the chances of the 14-month old Janata Dal-Secular (JD-S)-Congress coalition government surviving are slim after  15 rebel legislators vowed to abstain from the session. The legislators also ignored the whip issued by their  parties to remain present or face disqualification.

The 12 rebel Congress MLAs were summoned by the Speaker at 11 am today. However, they have requested for four weeks time to meet him, as they are not in the state to return to Bengaluru, stating personal reasons.

On July 17, the Supreme Court stated that the 15 rebel legislators, including 12 of the Congress and 3 of the JD-S cannot be forced to attend the Assembly to cast their trust vote. According to a senior advocate, the whip issued by the parties are not applicable to them.

Additionally, two Congress legislators - Srimanth Patil and B. Nagendra too will not be able to attend the House, since they are in hospital. The former has informed the Speaker that he is hospitalised in Mumbai while Nagendra conveyed that he is admitted in a Bengaluru hospital, states an official.

With  R. Shankar and H. Nagesh ruling themselves out of alliance to the BJP, post the resignations on July 8, the BJP has 107 members, 105 their own.

Suspended engineer arrested in multi-crore scam in UP