Krishnamurthy Subramanian of the Indian School of Business (ISB) has been appointed as the the replacement of former Chief Economic Adviser Arvind Subramanian in Narendra Modi government. 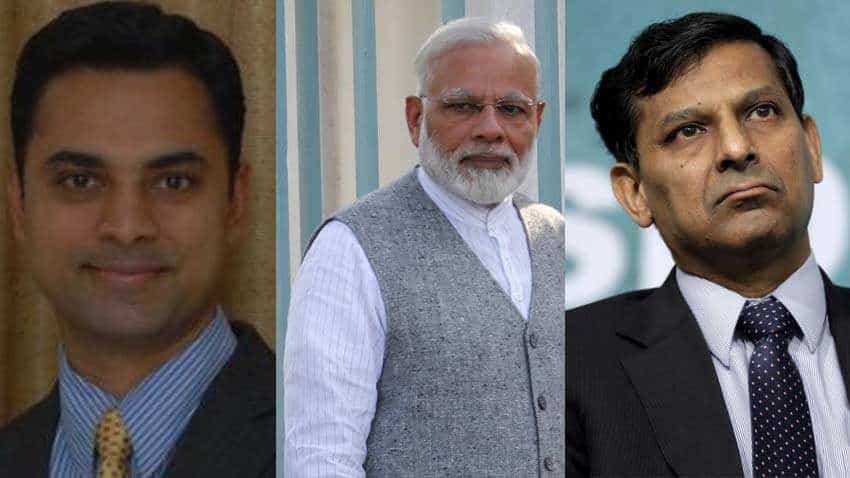 Krishnamurthy Subramanian of the Indian School of Business (ISB) has been appointed as the the replacement of former Chief Economic Adviser Arvind Subramanian in Narendra Modi government. Not many know, Krishnamurthy is also a student of former Reserve Bank of India (RBI) governor Raghuram Rajan, who was allegedly unceremoniously phased out from his post at India's top bank. Rajan had, however, publicly maintained that he wished to take up an academic position.

Krishnamurthy was openly critical of the way Rajan faced criticism from certain sections. In an interesting article in Times of India headlined "Attacking our heroes: Raghuram Rajan played a spectacular innings but was phased out nevertheless" (Published in June 2016), Krishnamurthy rued "In this country, we just don’t know how to treat our heroes well. Sometimes we deify them. But, often and in particular when it really matters most, we trash them by questioning their motives."

Describing Rajan as "one of the most respected Indians at home and abroad", Krishnamurthy credited the former getting India out of the "fragile five" tag that was slapped by international agencies on the country. Rajan also brought inflation down from 11% to 5% while "simultaneously enabling an increase in growth from 5% to 8%."

The current government at the Centre has often used the "fragile five" tag to attack the opposition Congress.

Krishnamurthy blamed "vested interest" were trying to trash Rajan. In an interview to rediff.com in 2016, Krishnamurthy had said, "Young India will look at him (Rajan) as a terrific achiever who inspired them to be like him. So many of my students want to be like him, be an influential voice in the world and not just in India."

On Teachers' Day 2016, Krishnamurthy wrote an insightful piece about his teacher and what young students can learn from him. He said "Rajan is worth emulating as a professional."

Krishnamurthy said Rajan had contributed to India since early 2000s. The former RBI governor was involved with the setting up of the Indian School of Business in 2001.

"Now, a lot of us have had the opportunity to observe him in public office. We would do well to learn from the teacher who happened to be the RBI governor," Krishnamurthy wrote.

Interestingly, Rajan was not a supporter of PM Narendra Modi's demonetisation decision. Krishnamurthy, however, supported the country's shock decision to remove most of its banknotes from circulation.

Subramanian was supervised by Raghuram Rajan while he was studying for his doctorate at the University of Chicago. Defending demonetisation, Krishnamurthy had written an article that described criticism of noteban as the result of "exaggerated claims of disingenuous politicians who profess to be fighting for the poor".

Both Arvind Subramanian and Rajan had criticised government policies after leaving their posts.