The debt contract in itself has moral essence with the equity holder and the businessman keeps all the goods and repays the obligations to the banks. 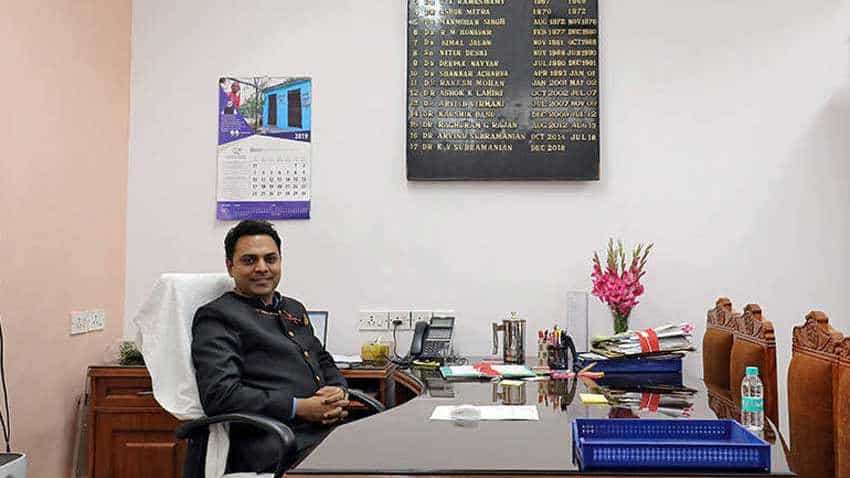 So far, the country has been having a situation in which private profits and losses were getting socialised through banks, said Krishnamurthy Subramanian.

If the country has to be disruptor to occupy its place among other developed countries, it has to follow a culture of ensuring debtors honour contracts with banks and financial institutions, chief economic advisor Dr Krishnamurthy Subramanian said Friday.

"It is extremely important to respect the moral dimensions of the debt contract," he said while delivering his address at the annual regional meeting and summit on 'Industry Future Forward' organised here by the trade body CII.

The debt contract in itself has moral essence with the equity holder and the businessman keeps all the goods and repays the obligations to the banks. But if things go bad, it is beholden to that contractual obligation, he said.

So far, the country has been having a situation in which private profits and losses were getting socialised through banks, he said.

This was because what appears in the deposits are the tax payers' money, he said.

"So this important change in culture is absolutely paramount if the nation has to be a disruptor," he said.

He said the country has taken an unprecedented step by introducing bankruptcy thereby ensuring smaller and larger borrowers were brought under it.

"By ensuring rather than looking at who is that man on whom the rule is being applied, the bankruptcy rule is applied equally well. But, there is still some progress we have to make here", he said.

Subramanian, who assumed office three months ago, said though the 7.5 per cent average GDP growth recorded in the last five years, it happened primarily because of the increase in consumption in domestic economy.

"Our growth has happened based on domestic consumption and it makes us more immune to sort of some of the shocks that we may experience and that is a good aspect we must definitely keep in mind," he said.

Pointing to the inflation rates which were in excess of 10 per cent between 2014-15, Subramanian said, "Over the last five years, the average rate of inflation has been about 4.5 per cent which is a significant change compared to 10 per cent- plus inflations that prevailed."

He said the change in inflation can be attributed to the structural change by making the Reserve Bank of India an inflation targeter and ensuring that the rate of inflation is in the band of four per cent plus-minus two per cent.

"As we continue to debate about inflation etc, to my mind, at least monetary framework has been an important framework in lowering the inflation", he said.

On the implementation of Goods and Services Tax which came into effect in July 2017, he said based on research no path- breaking change achieves perfection "immediately".

"In a country like ours, which is large and diverse, it is more important for us to be tolerant to the fact that we will not be able to hit perfection with policy changes immediately. But, let's recognise that GST is an important change which at least creates India as one market and not 30- odd markets", he said.