"Besides, we have seen certain signs - in the last few months - related to good news like IIP among others. These are certain things that suggest that the trend will change. Therefore, we have projected the growth between 6% and 6.50% not some unrealistic 7.50% or more," Krishnamurthy Subramanian, Chief Economic Advisor of India said in an interview with Zee Business 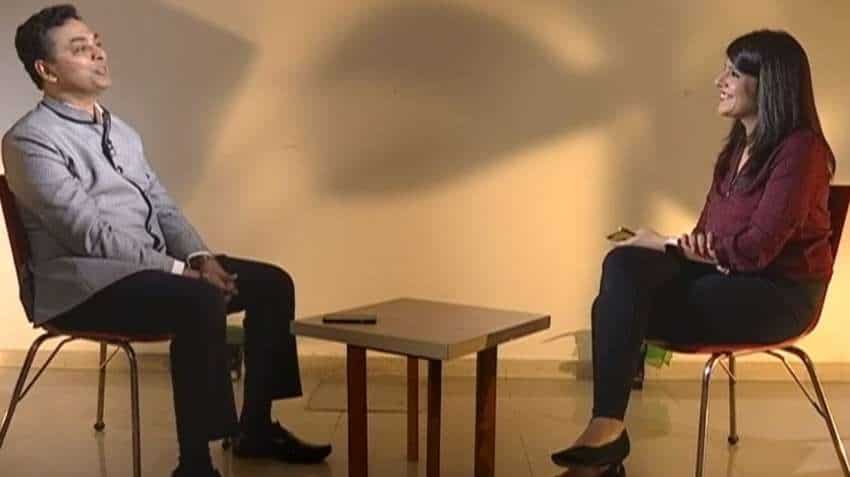 A: When you have a look at the growth rate of our economy then you will find the presence of the business cycle in it. And, if we look at those business cycles then our economy likely to grow by 5% has hit the bottom and the trend should change from here. The literature of the business cycle provides the details with the details of the quarters in which there is an increase in the growth and also the period/number of quarters of decline. So, if you have a look at the figure then it suggests that here onwards there will be a positive growth, which means that attitude will change. Apart from this, there is a base-effect and the year's growth rate has been low and it will have an impact.

Besides, we have seen certain signs - in the last few months - related to good news like IIP among others. These are certain things that suggest that the trend will change. Therefore, we have projected the growth between 6% and 6.50% not some unrealistic 7.50% or more.

Q: You talked about certain symbols that are hinting towards the growth pattern. Can you name the sector/s that is/are contributing in it? Also, tell us about the probable growth drivers of the economy that will show the actual growth in the next fiscal?

A: Manufacturing sector has been low this year, while the services sector's growth was fine. There are predictions that there will be a growth in the manufacturing sector and growth in the segment will have a positive impact on services, which will improve a bit. Thus, combining these two manufacturing and services sector with the base-effect, mentioned earlier, gives a sense that the economic growth will be between 6% to 6.5%.

Q: You also talked about the relaxation in the fiscal deficit target. Can you tell us about the levels that should be seen?

A: It is about the trend. A balancing act comes into play whenever a situation emerges where your growth rate is down and you have to pay attention to the fiscal as well and the policymakers have to adopt it. In a situation, when there is a slight decline in growth rate then I feel we should bend a bit towards growth, i.e. lean on growth. This required because when there is an increase in growth then it has a positive impact on the denominator of the debt to GDP ratio due to which there is a decrease in the ratio. At the same time, there is a rise in tax revenues as it depends on your nominal growth rate. This is why I feel that we should lean on growth.

Q: Tax collection has been a bit disappointed one. What steps will be taken to ensure a smoother and gliding path towards tax recovery?

A: GST collection has been above Rs1.25 lakh crore for the last two months. Thus, there was a recovery. Secondly, GDP deflator was also down, which led to a decline in nominal growth rate and revenue depends on it to a great extent. Our projection that our growth rate will be between 6% and 6.50% will help in increasing the nominal growth rate, which in returns will increase the revenue.

Q: There are concerns related to inflation which will not be maintained below 4%. What is your outlook on it FY21 and how that thin balance will be maintained?

A: When it comes to inflation then the WPI inflation is quite low while there is a slight increase in CPI and this has happened due to food prices, especially onion, which was the biggest contributor to it. CPI inflation will come under control as soon as the impact of food price increase is over. WPI inflation is low. And, monetary policy has a target of maintaining in a range of 4-6%, it is not below 4%. Besides, CPI inflation will come under control and will be between 4-6% range, however, I will focus more on growth instead of inflation, at present.

Q: There are talks related to employment and job creation in India. What is your view on it and what measures are being taken in the front to create a job?

A: We have talked about exports in Volume 1 by keeping job into consideration. In our comparison on the export performance of China and India, we found that China had their focus on certain sectors and dived deep into it with a sharp focus, however, we kept carpet bumping in different sectors with a hope to do well in each of them. We were not focused, while they were focusing on labour-intensive sectors as there is a labour surplus condition like India. So by taking lessons from it, we have stated that the trade environment and external factors in countries, like China, Vietnam, Japan and Korea among others, will not remain such strong in time to come and this is an opportunity for India. So, we can come up with an Assemble in India as we are doing it in the mobile segment and replicate the same in other sectors that are known as sector network products we will be able to create 4 crore additional jobs by 2025 and 8 crores by 2030. So, we will have to have a laser light focus on these sectors and encourage the import of components, so that it can be assembled over here.

Besides in the Ease to Doing Business chapter we have asked to simplify the procedures of getting clearance at the ports as the products that move out from a city of India, maybe Mirzapur, which travels to a port in Gujarat or Mumbai and then stops over there due to the procedures. This will help in increasing the exports and we have provided pointed recommendations for the same, whose implementation can give a boost to the export process. It will also help in creating job opportunities.

Q: What are your views on disinvestment as it has a major contribution to the fiscal deficit of the nation?

A: We have written a specific chapter in the wealth creation segment and if you have a look at the announcement on BPCL, which is big disinvestment and is a good step of the government. So, if you have a look at the chart in this chapter where we have showcased the stock prices of BPCL and HPCL. Interestingly, the stock price of BPCL has increased tremendously post an announcement and had increased the countries revenue by almost Rs33,000 crore. This showcases efficiency improvements can be brought in through disinvestments, which will not only increase the government's earnings but will give increase the national wealth. So, this Rs33,000 crore is a national wealth.