PMRDA and Virgin Hyperloop One will now conduct pre-feasibility studies of possible routes in Maharashtra to introduce hyperloop transportation. 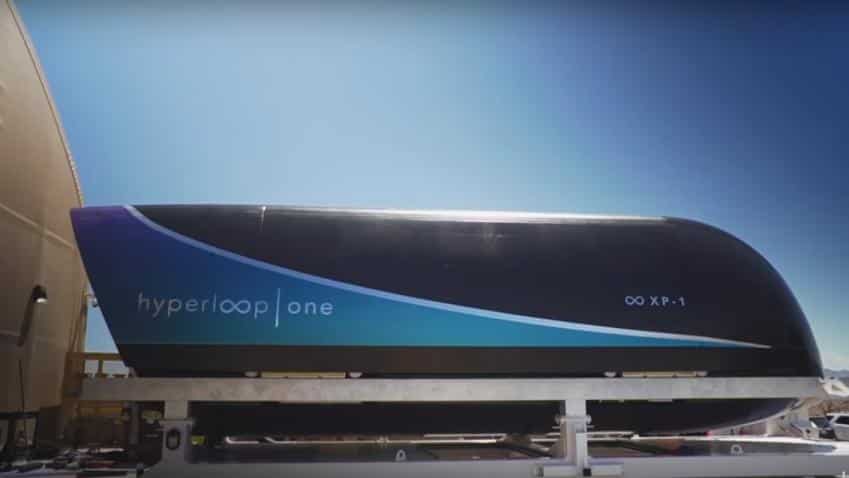 Travel time is estimated to be reduced to just 15 minutes between the two cities with the introduction of the Virgin Hyperloop One. Image Source: Hyperloop One ad/ Youtube

Train travel faster than high-speed rail could be in the cards for commuters between Mumbai to Pune.

Maharashtra government on Thursday signed an MoU with Elon Musk’s hyperloop transportation system - Virgin Hyperloop One between Mumbai and Pune.

Travel time is estimated to be reduced to just 15 minutes between the two cities with the introduction of the Virgin Hyperloop One.

However before that the US based company will first conduct a preliminary study in the region to explore the possibility of commencing this service.

Hyperloop is a new mode of transportation which carries passenger freights in pods via electro-magnetic propulsion through low pressure tubes.@HyperloopOne

MoU signed in presence of CM @Dev_Fadnavis betwn PMRDA and @HyperloopOne to conduct pre-feasibility study of routes in Maharashtra State, particularly in Pune-Mumbai region, where Hyperloop based passenger transit system can be implemented. pic.twitter.com/Y7BGCaa6Q1

The hyperloop transportation systems is said to have two to three times faster speed than high-speed rail. Hyperloop technology can deliver a 300-km commute in under 20 minutes.

Other economies where people can experience Virgin Hyperloop One transportation are potential projects in the UAE, the US, Canada, Finland, and the Netherlands.