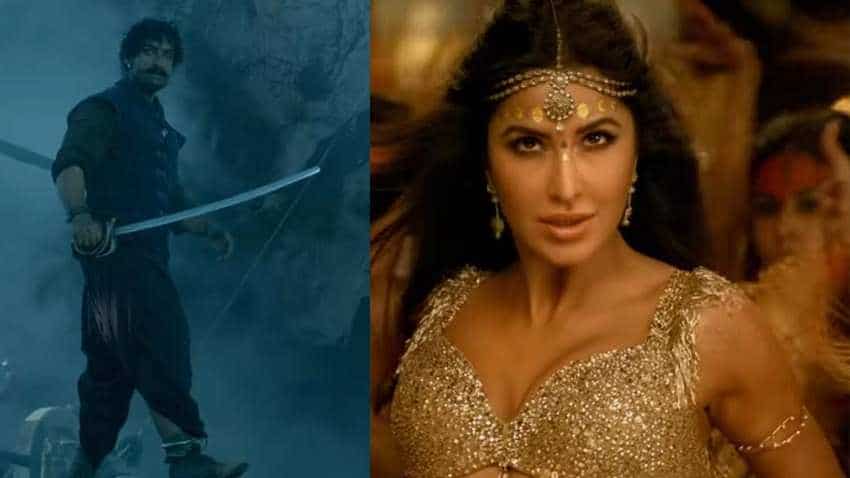 Thugs of Hindostan box office collection has been hit hard by the negative reviews and poor word of mouth from the audience. Film trade analyst Sumit Kadel expects the film's India business to wrap-up under Rs 150 crore!

Thugs of Hindostan Box Office collection Day 5: Superstar Aamir Khan, Katrina Kaif and Amitabh Bachchan starrer and Vijay Krishna Acharya directed mega-starrer Thugs of Hindostan has managed to break into the Rs 100 crore club in the opening weekend, but now it has run into a full blown crisis. Unfortunately, for Aamir Khan, the movie did not manage to become a critics favourite and thereafter it was even abandoned by the audience in terms of word of mouth boost. The calm before the storm was not read by all. Before the storm hit, the film got a massive response on opening day with over 70% occupancy and Rs 52.25 crore day 1 earning.

Though Thugs of Hindostan collection saw a dip at the box office starting day 2, it has earned Rs 123 crore in the first four days, marking the end of opening weekend collections. However, this merry band of pirates was hit by a massive storm and ToH collection on day 5 was estimated at just Rs 5 crore on Monday taking its gross collections to Rs 128 crore.

The film has, however, set quite a few records at the box office. It has become one of the highest opening day grosser for Bollywood and has also brought a good news for Aamir Khan too. By earning Rs 123 crore in first four days, the Thugs of Hindostan has become Aamir Khan’s highest opening weekend grosser, beating opening weekend collections of his previous films - Dhoom 3 (Rs 107.61 cr), Dangal (Rs. 107.01 cr), and PK (Rs 95.41 cr).

Thugs of Hindostan collection has been hit hard by the negative reviews and poor word of mouth from the audience. Film trade analyst Sumit Kadel expects the film's India business to wrap-up under Rs 150 crore!

With regular working days across the country barring holidays in a few places due to Chhath Puja, the film's earning are not expected to get much relief going forward.