The Finance Minister expressed confidence that CBEC would take necessary steps to ensure that India’s ranking in trade across borders would improve substantially. 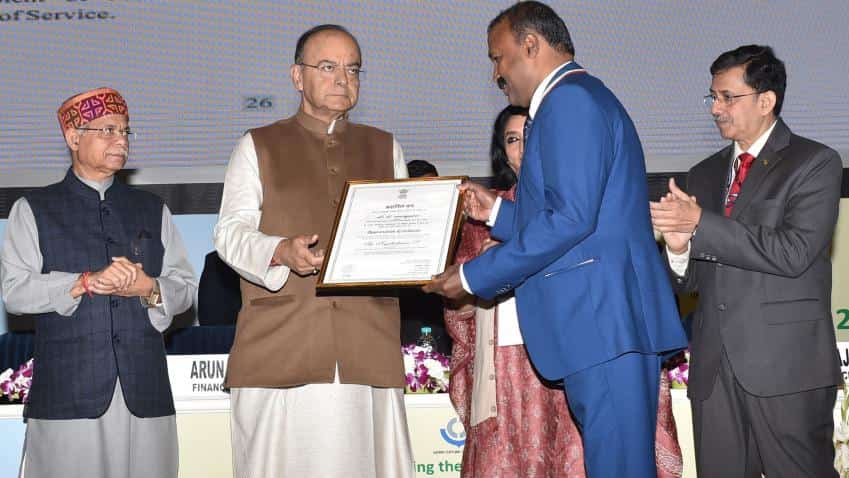 Dynamic nature of the Indian economy and availability of technology tools has impacted the functioning of all the departments including the nature of tax Administration, said Finance Minister Arun Jaitley today.

He said there are two major challenges before the customs administration today include trade facilitation and sharp detection & enforcement to avoid any tax evasion, while adding that there is also a challenge to keep a balance between these two dichotomic functions where the experience of tax authorities come to their rescue.

The Finance Minister was addressing the gathering of senior officers and staff of the Central Board of Excise & Customs (CBEC) along with other dignitaries on the occasion of the ‘Investiture Ceremony 2018’ and ‘International Customs Day 2018’ in Vigyan Bhawan in New Delhi today.

He expressed confidence that CBEC would take necessary steps to ensure that India’s ranking in trade across borders would improve substantially.

On the occasion, he also released two IT tools of the Customs Department i.e. ICETRAK, and ICETAB, developed by the CBEC to provide an easy way for trade to track their consignments and for providing other important information and updates.
Earlier, Minister of State for Finance, Shiv Pratap Shukla, in his address complimented the role of Customs in implementing GST in record time, in securing our international borders and for facilitating trade and international passengers at airports.

Finance Secretary Dr Hasmukh Adhia congratulated the department for smooth implementation of GST and adoption of new technology. He underlined the important role of Customs in further improving the nation’s ranking in trading across borders while appreciating the enhanced adoption of technology and keeping a pace with latest technology in their business processes.

International Customs Day celebrations were organised by the Central Board of Excise & Customs (CBEC).

Presidential Award of Appreciation Certificate was awarded to 40 officers and staff of Indian Customs for “Specially Distinguished Record of Service.” These officers and staff were selected on the basis of their exemplary performance in their respective field of services over the years.