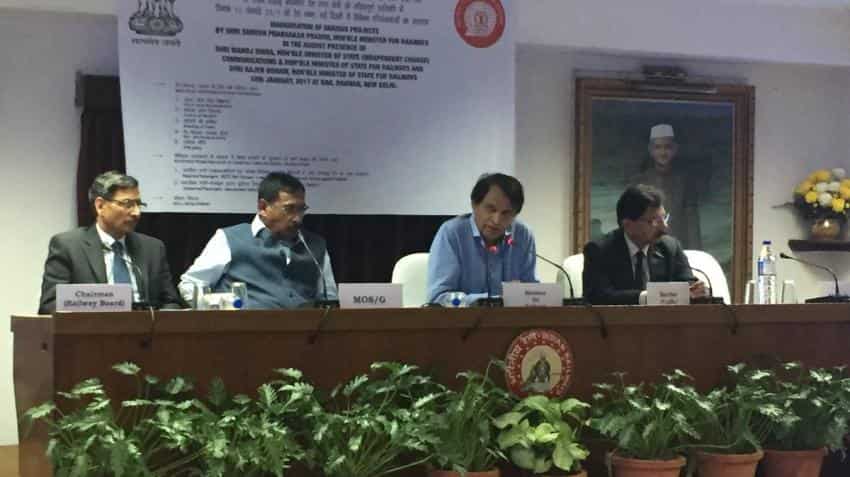 IRCTC to launch new App for faster booking of tickets

These policies will look into different areas ranging from advertising in trains and other areas such as bridges and other assets, setting up of ATMs at platforms to digital content for passengers, cited the Ministry of Railways in an official statement.

"...various steps are being taken towards promoting digital transactions," Prabhu said while speaking at the occasion at Rail Bhawan.

He also said that new innovative ideas are brainstormed for increasing the non-fare revenues of Indian Railways and many policy initiatives in non-fare revenue have now been taken.

1/Launched a host of initiatives to boost #CashlessTransactions and new policies to give impetus to non fare revenue in @RailMinIndia pic.twitter.com/reHkn8PhNW

Minister of State for Railways Rajen Gohain said that non-fare revenue efforts of Indian Railways will bring in enough revenue and the cashless transaction initiatives will bring in more efficiency.

The Ministry of Railways has announced five key policies for increasing the non-fare revenue of Indian Railways:

1.Non-Fare Revenue Policy:
The objective of the policy is to allow Indian Railways to consider unsolicited proposals of earnings through non-fare sources.

2. Out of Home Advertising Policy:
The objective of the policy is to allow monetisation of railway assets by means of advertising .

3.Train Branding Policy:
The objective of this policy is to augment advertising revenue of Indian Railways by allowing internal and external advertisement.

The objective of this policy is to allow setting up ATMs at major stations of the Indian Railways.

To promote ease of ticketing of through digital transactions, the Ministry of Railways has announced two key initiatives:

To increase the ease to users, a new Android based mobile app for reserved booking “IRCTC Rail Connect” has been developed to bring the power of next generation e-ticketing system like High Performance and Enhanced Security. The new IRCTC Rail Connect App will have 24/7 service with no time based checks.

“utsonmobile” App is in use  for booking unreserved journey, platform and season tickets at all suburban sections of Indian Railways and New Delhi – Palwal Section of Northern Railway.  It is presently implemented on 501 Stations and has average daily booking of 53,000 Passengers.

Presently, the payment option is only through R-wallet.  In order to provide additional cashless payment facility of payment through private wallets (Paytm and Mobikwik) is being provided.

IRCTC to launch new App for faster booking of tickets