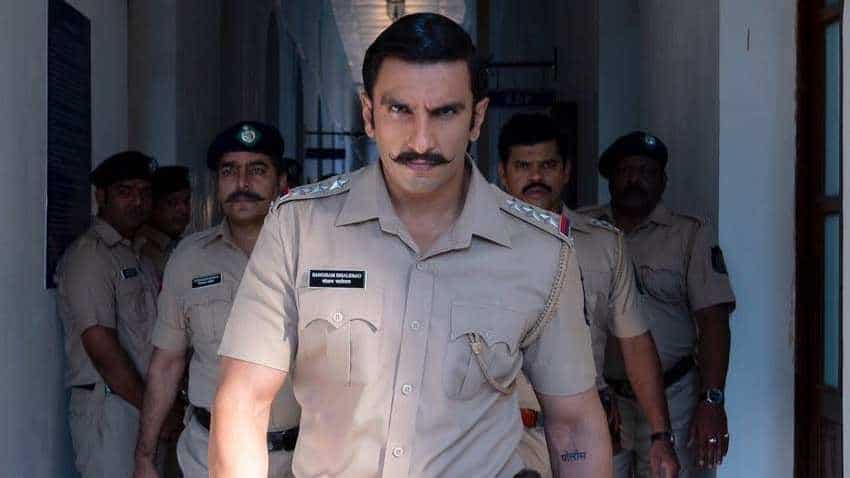 At this rate, the film is set to enter the Rs 100 crore club within its first week. Source - Twitter.
Written By: ZeeBiz WebTeam
RELATED NEWS

Simmba box office collection day 3: Ranveer Singh and Sara Ali Khan starrer Simmba, directed by Rohit Shetty continues to roar on the box-office amid no competition. The film had opened to great numbers on Friday, handing Ranveer Singh his highest ever first day collection (Rs 20.72 crore) and has picked up over the weekend as good reviews continued to come in. The action-drama-comedy entertainer earned around Rs 30 crore on Sunday, taking its overall collection to around Rs 75 crore in the opening weekend.

The film has broken the record of Tiger Shroff starrer Baaghi 2 which had earned Rs 73.10 crore in its opening weekend. This is despite the fact that Baaghi 2 had a bigger opening by raking in Rs 25.10 crore on day 1.

If Simmba manages to hold on to its audience for Monday and Tuesday, it should easily go past the entire first week collections of Baaghi 2 [Rs. 112.85 crore] in six days itself. This would also allow Ranveer starrer to have a good second weekend and continue its dominance on the box office.

What works in Rohit Shetty directorial's favour is the fact that no big flim is releasing in the coming week which gives it a clear run for another 10 days before Vicky Kaushal's 'Uri' and Anupam Kher's 'The Accidental Prime Minister' hit the screens on January 11.