The Pakyong Airport is Sikkim's first airport. Before today, fliers who wanted to visit Gangtok, used to fly to Bagdogra Airport and from there they used to go by road to Gangtok, covering a distance of over 120 km. 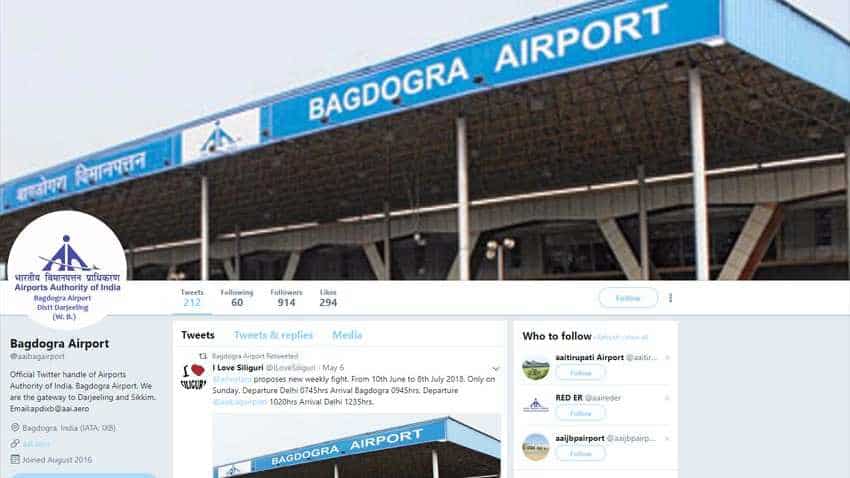 The inauguration of the Pakyong Airport will also help in the reduction of the rush at the Bagdogra Airport.
Written By: ZeeBiz WebTeam
RELATED NEWS

Union Civil Aviation Minister Suresh Prabhu today promised expansion and modernisation of the Bagdogra Airport of West Bengal. The minister said that there is a huge traffic at the airport which demands expansion. Earlier in the day, Prabhu was in Sikkim with Prime Minister Narendra Modi for the inauguration of Pakyong Airport. Prabhu then visited Bagdogra Airport to take stock of the facilities at the airport.

"Used my transit time after inaugural of #PakyongAirport to look around and inspect all facilities at #Bagdogra airport, talked to all concerned, incl our dedicated Airport Manager. Huge traffic at the airport, needs expansion & modernisation, which will do soon," said Prabhu on Twitter.

Used my transit time after inaugural of #PakyongAirport to look around and inspect all facilities at #Bagdogra airport,talked to all concerned, incl our dedicated Airport Manager.Huge traffic at airport, needs expansion&modernisation, which will do soon @AAI_Official @MoCA_GoI

The Bagdogra Airport had registered a passenger count of 22.5 lakh in FY2017-18, up by 47 per cent from 15.24 lakhs in FY17. The airport has been witnessing growth in passenger traffic.

Pakyong Airport will also provide a connectivity boost to the Himalayan State and also give a fillip to tourism. The airport is perched between the Himalayan ranges at a height of 4,500 ft. "The new Greenfield Airport terminal building at (Pakyong) is an excellent architectural structure of 3200 sqm having the capacity to fit 5 Lakhs passenger per Annum. It is decked up with sustainability features like Rainwater Harvesting, LED lighting, & re-usage of treated water," the Airport Authority of India had said.