Bankers have said that the Reserve Bank of India is likely to remove the weekly cash withdrawal limits for banks as well as ATMs by the end of February this year. 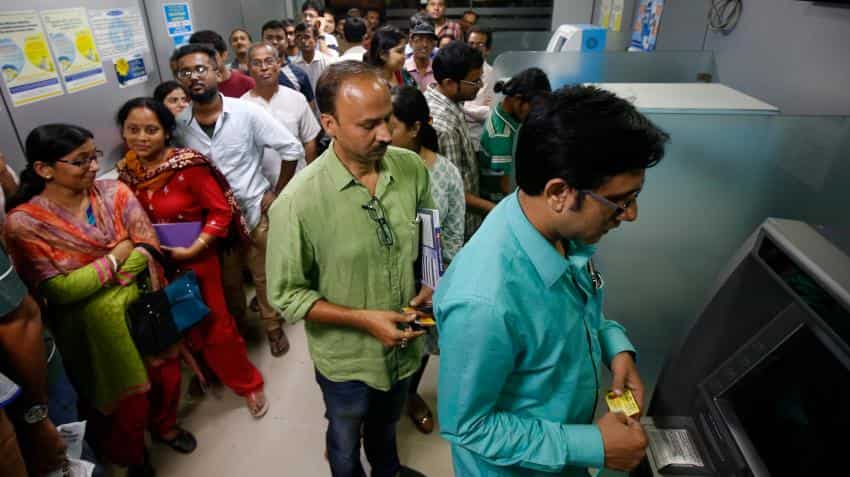 The RBI had recently raised the ATM withdrawal limit to Rs 10,000 a day but maintained the weekly cap at Rs 24,000 for saving account and Rs 1 lakh for current account holders. Image Source: Reuters
Written By: PTI
RELATED NEWS

With the cash crunch situation easing, Reserve Bank of India (RBI) may do away with the weekly withdrawal limits from banks as well as ATMs by the end of next month, bankers said.

The RBI had recently raised the ATM withdrawal limit to Rs 10,000 a day but maintained the weekly cap at Rs 24,000 for saving account and Rs 1 lakh for current account holders.

"I think the restrictions on withdrawal by RBI should be completely lifted by February-end or by first half of March as cash situation is easing gradually," Bank of Maharashtra executive director R K Gupta told PTI.

It is entirely RBI's decision and the central bank would decide after making holistic assessment of the situation, he said.

According to SBI's research report Ecowrap, "By the end of February, 78-88% of the currency could be back in the system under the best case scenario in terms of an optimal currency distribution (more small denomination notes)," the report said, adding that "it seems within next two months things would be pretty close to normal."

Another senior public sector bank official said the situation is easing and it is a matter of weeks when the curb on withdrawal gets eased.

"My hunch is that it should happen before end of the current fiscal," the official said, adding, RBI has been progressively easing the curb.

ALSO READ: Only 30% of ATMs are functional as banks opt to distribute cash

The RBI had earlier increased the daily withdrawal limit from ATMs to Rs 4,500 from Rs 2,500 effective January 1, just a day after 50-day demonetisation period ended.

Meanwhile, RBI Governor Urjit Patel could not set a time frame before the Standing Committee on Finance for return of normalcy in the banking system even as the central bank asserted that Rs 9.2 lakh crore or 60% of demonetised currency has been replaced.

In a surprise move on November 8, Prime Minister Narendra Modi had announced demonetisation of old Rs 500 and Rs 1,000 notes.

Following the decision, the RBI had put restrictions on withdrawal of cash from ATMs as well as from banks to deal with shortage of new high denomination currency notes. This led to long queues at ATMs and bank branches.

All over the country, the banks had to deal with huge rush of people who thronged their branches to deposit junked notes. The deadline for depositing old notes with banks ended on December 30.