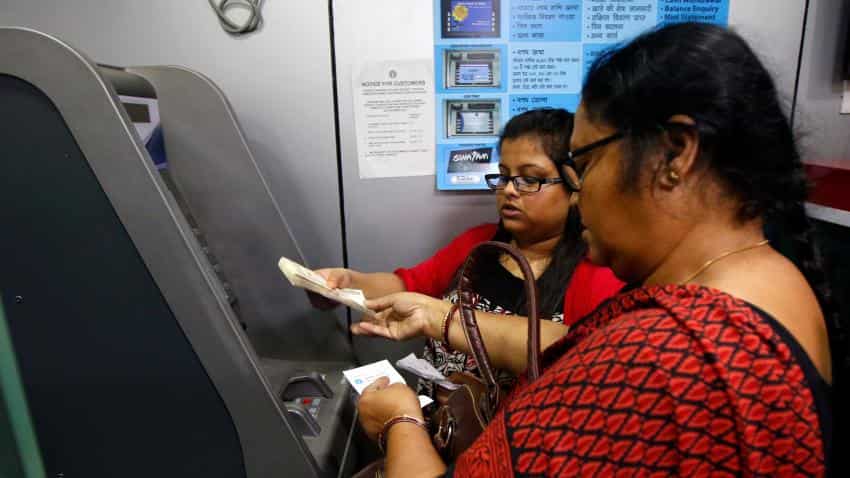 The government had given 50-day window for old notes holders to deposit and exchange their notes at banks and RBI offices which ended on December 30. Image Source: Reuters
Written By: ZeeBiz WebTeam
RELATED NEWS

More than two-thirds of ATMs continued to run dry across the country till Friday as banks chose to distribute cash to customers through branches rather than refill machines that could be accessed by all debit card holders, The Economic Times reported on Saturday.

In a surprise move to curb black money, terrorism and corruption, Prime Minister Narendra Modi on November 8 announced demonetisation of Rs 500 and Rs 1,000 as legal tender from circulation resulting in massive cash crunch across the country.

The government had given 50-day window for old currency holders to deposit and exchange their notes at banks and Reserve Bank of India (RBI) offices which ended on December 30. It has later, however, withdrawn its facility to exchange old notes.

"We're having irregular inflow of cash. But at best, in any given week, the number of ATMs active in the country has not crossed 30% or 66,000 ATMs," the news report said quoting Confederation of ATM Industry (CATMI) president Sanjeev Patel, as saying.

ALSO READ: Indians line up at banks to deposit savings or see them disappear on last day of exchange on December 30

According to CATMI, only 20% of 2.2 lakh ATMs in the country are getting regularly loaded with cash, two months into demonetisation, it added.

The news report further said that as against the Rs 7 to Rs 8 lakh daily cash being loaded before demonetisation, banks are loading only Rs 2-3 lakh per ATM.

"High networth individuals (HNIs) are able to walk into banks and withdraw as much as Rs 24,000, even as people stand in long queues outside ATMs," the report said quoting NCR Corporation, India and South Asia, managing director Navroze Dastur as saying.

As per the news report, compared to the average of 10 withdrawals that banks manage through tellers in an hour, ATMs are able to manage twice the number.

The report further said that according to operators, among banks, State Bank of India (SBI) is the only one that has been consistently refilling ATMs while private banks are choosing to move most cash to their branches.

"ATMs are a more efficient way of dispensing currency. While on one hand bank staff are overworked and face stress due to long queues of people waiting to withdraw cash, most ATMs are running idle as there's no money," the newspaper said quoting Electronic Payment and Services founder and MD  Mani Mamallan, as saying.