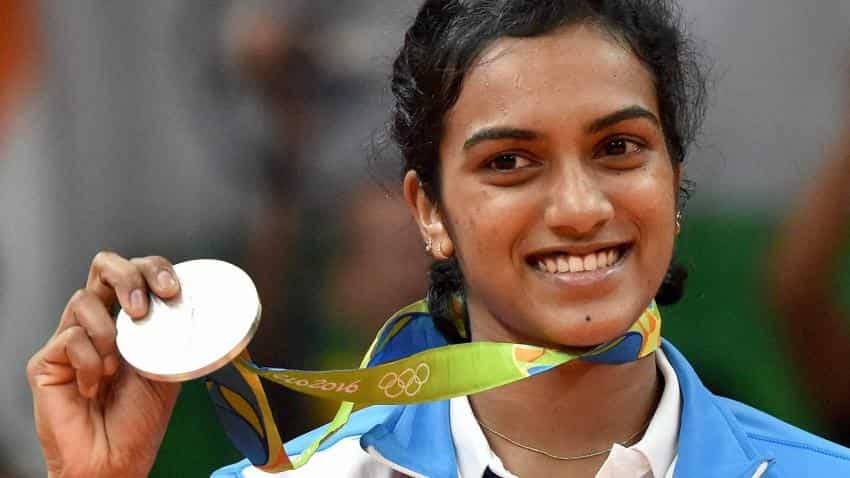 The champion in women's singles badminton tournament, P V Sindhu, lost the match to Carolina Marin but bagged a silver medal for India at the Rio Olympics, 2016.

Moments after her 'silver' victory, Madhya Pradesh CM, Shivraj Chouhan announced Rs 50 lakh prize money for Sindhu on being the first Indian woman to win a silver medal in badminton, ANI said in a tweet.

Another  Rs 50 lakh has been awarded to the young champion by the Badminton Association of India bringing the net worth of her prize money to a whopping Rs 1 crore.

The Badminton Association of India has announced a prize money of Rs 50 lakh for #PVSindhu and Rs 10 lakh for her coach: Akhilesh Das Gupta

Sindhu is also the youngest Indian athlete to have won a medal at the Olympics and will be awarded much more on her return to India.

She was up against world champion, Carolina Marin known as the "Rafa Nadal" of badminton in her country who won Spain’s first badminton title.

The game came close with Sindhu winning the first set out of the three at 21-19 and Marin taking the lead on the other two with 21-12 and 21-15 victory over the 21-year-old Sindhu.

The 23 year old Carolina grasped a six point lead in the second set and roared to finish.

Nonetheless, Sindhu’s fans are cheering for her back home starting with PM Narendra Modi who said, “Congrats for the Silver, P V Sindhu. Very well fought. Your accomplishment at Rio 2016 is historic and will be remembered for years. ”

Sindhu’s parents were also proud of her victory at the Olympics and continued to support and encourage her to return to the Olympics aiming for nothing but victory.

This is what #Sindhu has to learn how to shout scream against opponent to get them down: #Sindhu's Father PV Ramana pic.twitter.com/6Gt2q4vyrP

We're all happy that she(#PVSindhu got a silver medal,hope next time she goes for gold- PVV Laxmi, PGopichand’s Wife pic.twitter.com/ylPeY5RlxW

Sports minster, Vijay Goel also cheered on P V Sindhu's victory and said, "Sindhu’s exemplary success to win Silver medal at this young age in Olympics is the result of her hard work, dedication and perseverance. Shri Goel said, credit for this success goes to her parents too, who always stood by PV Sindhu and devoted their entire time and energy to make Sindhu realize her dreams."