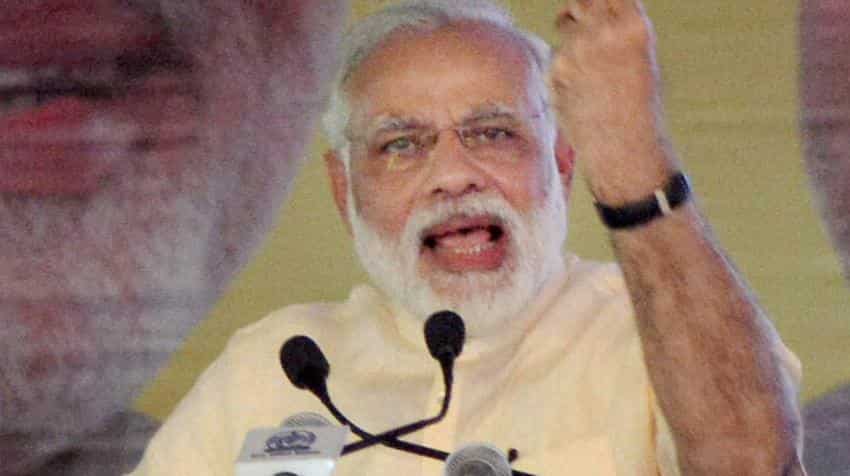 This is the first time since Independence that an integrated Civil Aviation Policy has been brought out by the Ministry of Civil Aviation. Image Source: PTI
Written By: ANI
RELATED NEWS

With the Union Cabinet clearing the Civil Aviation Policy, Prime Minister Narendra Modi on Tuesday said that it will transform the aviation section as well as greatly benefit passengers.

The Civil Aviation Policy is set to open doors to a number of passenger-friendly measures including capping of airfares at Rs. 2,500 for an hour-long flight.

#CivilAviationPolicy gives an impetus to affordability, regional connectivity, safety, infrastructure, which is vital for #TransformingIndia

The #CivilAviationPolicy approved today by the Cabinet will transform the sector & greatly benefit passengers. https://t.co/H8OGGS3g5E

This is the first time since Independence that an integrated Civil Aviation Policy has been brought out by the Ministry of Civil Aviation.

The policy aims at making India the third largest civil aviation market by 2022 from ninth position.

The policy is set to introduce a slew of changes, including the auctioning of unilateral traffic rights, tax incentives for airlines, maintenance and repair works of aircraft besides mooting two percent levy on all air tickets to fund regional connectivity scheme and providing viability gap funding for airlines to encourage operation on regional routes.

It also lays focus on regional connectivity with an aim of providing affordable aviation services in Tier-II and Tier-III cities.

Civil Aviation Ministry is planning to bring down the prices of air tickets by giving exemptions including service tax, customs duty, landing and parking fee and VAT.

The NDA Government had for the first time unveiled the policy draft in November 2014, subsequently replacing it with another in October 2015.

The policy was expected to be finalised in the last financial year as certain proposals were to be implemented from April 1, 2016. (ANI)