The new Civil Aviation Policy was passed by the Union Cabinet on Wednesday. 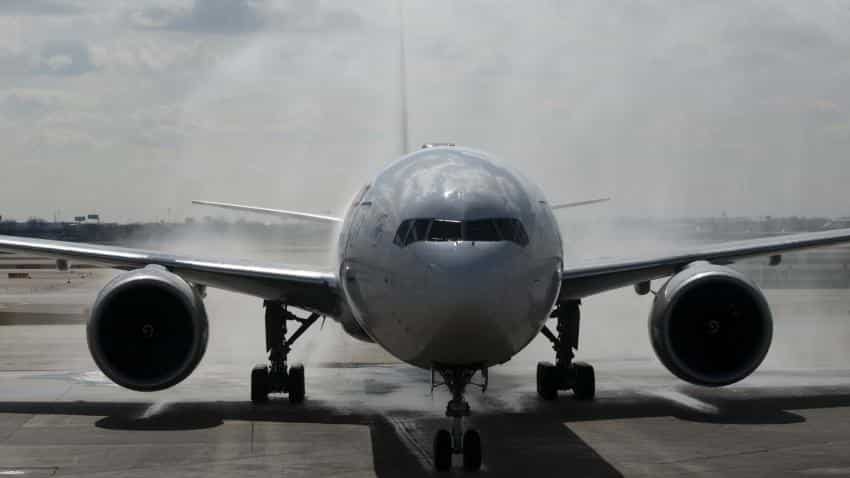 The new Civil Aviation Policy has been passed by the Union Cabinet on Wednesday. The final draft of the policy was submitted to the Cabinet on June 3.

The aviation ministry had called a meeting of all aviation companies in India at 4 pm on Wednesday in New Delhi.

Some of the rules under the new Civil Aviation policy include:

2. No 2% cess for regional flights: It has removed the 2% cess on all regional flights in order to boost regional connectivity and more fliers from these areas. The cess was earlier proposed to collect funds to improve regional infrastructure.

3. Cap on short duration flights: This rule is expected to boost air travel to tier 2 cities in India. The rule states that air tickets have to be capped at Rs 2,500 per ticket on one-hour long flights. Fares for 30-minute flights have been capped at Rs 1,500. To make this possible the norm says that all states will have to reduce taxes such as VAT on ATF to 1%. The gap in the funding to the state will be provided by the government in order to reduce the ticket prices.

4. Mumbai-Delhi flights to get 2% cess: The government will levy a 2% cess levied on flights from Mumbai-Delhi. This will additionally increase the prices of flight tickets in these two main cities.

5. India to become an MRO hub: Promoting and facilitating India to become a hub for maintenance, repair and overhaul (MRO) for aircrafts. Engineering and maintenance of aircraft could be within India at a competitive price. Earlier due to the heavy taxes imposed and airport charges most of the Rs 5,000 crore MRO used to go outside the country.

6. Promoting air cargo services: The government plans to promote cargo transportation through air by reducing the burden of taxes and levies. Till now there has been a lot of demand for rail and road transport of goods due to it being much cheaper than air transport.

7. Similification of aircraft purchases, licenses: The aviation regulator, Directorate General of Civil Aviation (DGCA) will simplify the process for the purchase of aircrafts, licenses procurement. In the past this has led to several delays which hurt airlines.

8. Boost to chartered flights: The government will provide a boost for the operation of smaller or chartered aircrafts to increase tourism. The policy proposes to make charter flights easier for both, passengers and operators. The details of this were not revealed in the press conference.

9. Cap on baggage: Excess baggage charges by airlines have been capped at Rs 100 per extra kg from the current Rs 300. This is for baggage above the permissible 15 kg up to 20 kg.