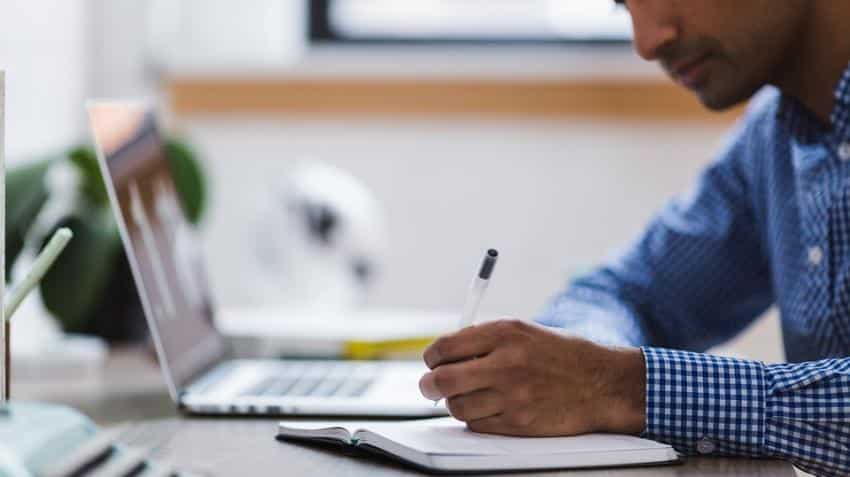 Just about 20 per cent firms have made workforce additions in 2017. Representational image. Image Source: Pixabay
Written By: PTI
RELATED NEWS

Fairness in every transaction is extremely important, says Narayan Murthy

India Inc is promising better pay hikes of 10-15 per cent for the right talent in 2018 after a challenging year for the job market, stunned by post- demonetisation layoffs in traditional sectors like textiles and due to the advent of artificial intelligence in new-age ones.

The catch would be 'right' talent which HR experts broadly define as those who are able to re-skill themselves as per the changing work profile requirements, even as they warn that further 'rationalisation' -- the sugar-coated jargon for layoffs that came aplenty in 2017 including by some large groups -- cannot be ruled out for the corporate workforces.

But, the overall hiring sentiment of employers in India, as per major staffing consultancies, should continue on the revival path that has got underway in the last quarter of 2017 after three consecutive quarters of downtrend.

As per various estimates, just about 20 per cent firms have made workforce additions in 2017, though a majority of 60 per cent managed to retain their staff strength unchanged without any major layoffs.

But the layoffs were huge for some, including in IT, telecom, manufacturing, engineering and banking sectors and quite often demonetisation -- announced in November 2016 but had a long-lasting impact -- was seen as the culprit. Several corporates adopted a wait and watch approach and the negative hiring sentiments lasted until at least September this year.

Leading consultancy Manpower Group's India Economic Outlook showed a dip in the employers' hiring intentions in the first three quarters of 2017, before rising again in the October-December period.

Its surveys showed the percentage of employers planning to hire dipping to 22 per cent in January-March, further down to 19 per cent in April-June and to 16 per cent in July- September, but rebounded to 24 per cent in October-December.

Experts hope that the recruitment landscape recovery will continue and companies in mobile manufacturing, fintech and start-ups, among others, may hire the most in 2018.

"2018 is set to swing the pendulum further into the job growth zone. Businesses in almost all sectors -- notably, financial services, retail and ecommerce and media and entertainment -- are looking to hire talent at an even faster pace," said Rituparna Chakraborty, co-founder of employment services provider Teamlease Services.

The year 2017 saw growing adoption of new business models and newer technologies like Artificial Intelligence (AI) and robotic process automation that significantly reduces the manpower requirements especially at the bottom of the pyramid. But this has also created a huge demand for specialists in these emerging technologies.

"Change in business environment is leading to obsoleteness of existing skills and have created demands for new skills as must-haves. IT skills are out now, while data science and digital skills are in demand," said Zairus Master, CEO of Shine.Com a leading online job portal.

The labour landscape in India is changing significantly, and some of the emerging trends include rise temp staffing (employee is recruited on a temporary basis) and flexi workforce and this has led to companies adopting various models in addition to their full-time employees, like freelancers as well as alternate sources of workers like retirees, alumni, and online talent communities.

"India's flexi workforce is currently 13 lakhs and is expected to grow to 90 lakhs by 2025. Importantly, 82 per cent of total flexi workforce in India is under the age of 30. Companies will naturally evolve to use contract services for all skill sets that are not needed on a constant basis," said Thammaiah BN, Managing Director, Kelly Services India, a human resources and workforce solutions firm.

Sectorwise, HR experts believe infrastructure, telecom, manufacturing and IT will be among the industry verticals that will grow substantially in the coming year.

"These segments have the focus of government, besides these industries are going to work as a framework for the growth
of economy and development which in turn creates job opportunities for everyone," said Sunil Goel, MD GlobalHunt an executive search firm.

In terms of increments, 2017 saw the median rate of pay hike dip to sub-10 per cent level at around 9.2 per cent. This varied by sector, and most importantly, by job role, while specialised talent and key performers still got well rewarded.

In the new year, the median increment is expected to improve to above 12 per cent across sectors and profiles.

According to GlobalHunt's Goel, the average hike was 8-10 per cent in 2017 across the sectors, which should grow to 10- 12 per cent in 2018. TeamLease Services' Chakraborty said the figure should breach 11 per cent in the new year.

Kelly Services' Thammaiah said employees in IT sector can expect average appraisal of 8 per cent; e-commerce and start- ups of 15 per cent; pharma and life sciences as also FMCG and consumer goods of 8-15 per cent; and ITES at 10-15 per cent.

Some of the recruitment trends that corporates are likely to adopt in the coming year include hiring through social media, online assessment, and focus on delivering an unparalleled experience to candidates, experts say.

"With 243.2 million internet users and 106 million active social media users among a total population of over 1200 million, the social media wave is yet to get into the heart of India," Thammaiah said.

Corporates will increasingly adapt innovative tools like video interviewing, asynchronous interviewing and online assessments that not only will increase the efficiency of the hiring process by 50-60 per cent, but at the same time help in increasing the quality of hire, he added.

GlobalHunt's Goel observed that overall in 2017 the job market has gone well wherein a lot of global organisations went on expanding their base in India and many new companies also came to set up their base in the country. This led to the creation of a decent number of job opportunities in sectors like BFSI, technology, e-commerce and also in manufacturing.

Moreover, skill development initiatives have boosted the capacity of unorganised sector and small industries which used to struggle for trained resources, he added.

Fairness in every transaction is extremely important, says Narayan Murthy