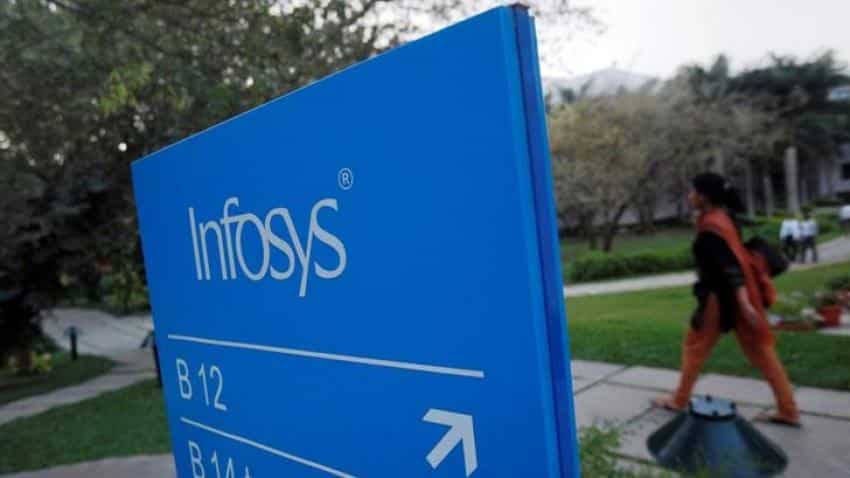 Murthy in his recent letter to the media had spoken against the pay hike given to Infosys chief operating officer U B Pravin Rao. Image Source: Reuters
Written By: Tejal Yerunkar
RELATED NEWS

1. Infosys founder and chairman N R Narayana Murthy in his letter had spoken against pay hike to COO U B Pravin Rao

2. J N Gupta of SES Governance has asked Murthy to answer what does he mean by poor governance standards at Infosys

After Infosys founder and chairman N R Narayana Murthy wrote a letter to the media on Sunday, corporate governance research and advisory firm Stakeholders Empowerment Services (SES) has questioned his comments over corporate governance, remuneration and equal pay in the letter.

Murthy in his recent letter to the media had spoken against the pay hike given to Infosys chief operating officer U B Pravin Rao.

"Giving nearly 60% to 70% increase in compensation for a top level person (even including performance-based variable pay) when the compensation for most of the employees in the company was increased by just 6% to 8% is, in my opinion, not proper," Reuters reported quoting Murthy as saying in his letter to the media.

Murthy in last paragraph of the letter had said, "Finally, given the current poor governance standards at Infosys, let us also remember that these targets for variable pay may not be adhered to if the board wants to favour a top management person."

Commenting on the last paragraph of Murthy's letter, Stakeholders Empowerment Services (SES) managing director J N Gupta, said, "What is meant by the current poor governance standards at Infosys? Can Mr Murthy spell out for benefit of investors? Does the fact that he and current board of Infosys are not on same page amount to poor governance? Is Mr Murthy’s view or opinion or desire amounting to gold standard of governance?"

On Murthy's mentioning of board favouring variable pay for top management personnel, Gupta said, "It amounts to casting aspersion on boards integrity and intent. I feel it is insulting to character of an Independent Director. How can Mr Murthy make a point of view about a future event unless he has a definite information or has a crystal ball."

He questioned Murthy about his doubt on board members losing independence under new board by stating, "What Mr Murthy wants investors to believe? That Mr Lehman was competent and independent rational during his tenure and suddenly under new Board Professor Lehman has become incompetent, compromised his independence and acting under influence of others? If one believes this then aspersion will be cast on Mr Murthy as well. It would appear that during Mr Murthy’s time, he (Mr Murthy) was dictating functioning of remuneration committee."

Murthy in his letter had said,"...You may not know that my Infosys salary at the time of the founding of Infosys was just 10% of my salary in my previous job. I ensured that my younger, co-founder colleagues got 20% higher salary over their salaries in their previous job even though I was seven levels above them in my previous job and was 11 years older than them.I gave them huge equity compensation the like of which has never been replicated in this world."

According to Gupta, expecting same sacrifice that promoters made at foundation stage from professionals at this stage of company is neither practical nor rational.

"When he (Murthy) says he generously compensated his other co-founders by way of huge equity, does it not amount to disparity? If he was a votary of compassionate capitalism, then Infosys equity would have been dispersed with 1000’s of employees and not concentrated with a handful chosen few. Where was equality then? And today, when Mr U B Pravin Rao is given variable equity based compensation it amounts to poor governance?," cited Gupta.

"However one thing is sure that either Mr Murthy or the current Board is hell bent on destroying value that has been created and it appears that image of Infosys as Gold Standard of Corporate Governance was nothing but a halo created by Mr Murthy and Company, else how come with same set of people with minor changes at board level entire governance structure has crumbled?" Gupta said.