Rs 100 may be soon distributed in India in two formats both banknotes and coin pattern. RBI so far has revamped four bank notes in a move to eliminate fake currency. 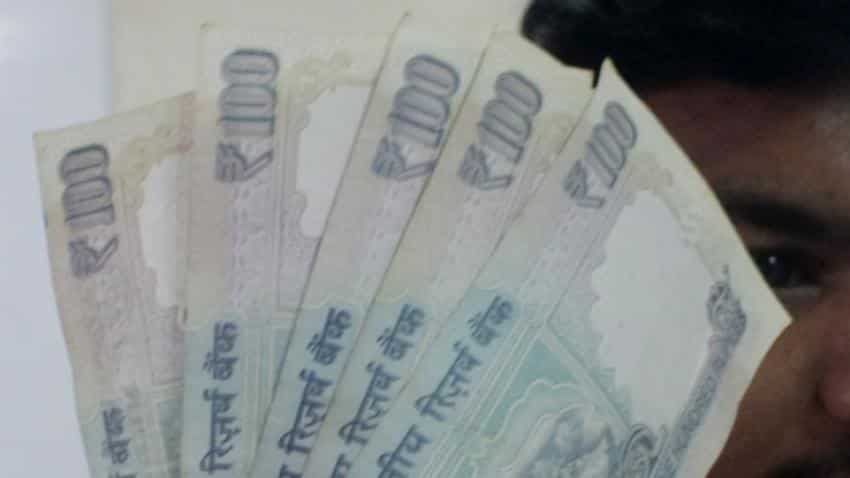 A Livemint report mentioned that according to central bank sources, the RBI will start printing new Rs 100 notes in April 2018. The existing Rs 100 notes will be withdrawn gradually without any disruption.

Size and dimensions of the new Rs 100 notes will be similar to the existing ones so that automatic-teller machines (ATMs) can dispense the new notes without any alterations to the machines.

Since the PM Narendra Modi's demonetisation move on November 08, 2016, the central bank has been revamping India's currency chest by introducing banknotes like Rs 2,000, Rs 200, new Rs 500 and new Rs 50.

Redesigning of the banknotes is carried to ensure elimination of fake currency.

Introduction of new currency and design has been brought in consideration of various factors like ease of transaction for the common man, replacement of soiled banknotes, inflation and the need for combating counterfeiting, as per RBI.

Not only new Rs 100 banknotes will be distrubuted in India, but also soon this currency will be launched into a coin pattern too.

Government of India, in a notification on September 12, 2017, said, "The ministry in exercise of the powers conferred by clauses (d) and (e) of sub-section (2) of section 24 of the Coinage Act, 2011 (11 of 2011), the Central Government, has decided to coined Rs 100 – which are presently distributed in notes form, and introduce Rs 10 and Rs 5 coins with new features at the Mint for issue under the authority of the Central Government to commemorate the occasion of Birth Centenary of Dr. M. S. Subbulakshmi and Dr. M.G. Ramachandran Birth Centenary."

Rs 100 coins will be launched in two format first one baring the mark of Dr. M. S. Subbulakshmi and the second one barring of Dr. M.G. Ramachandran Birth Centenary.