“Formalisation of the inflation targeting framework with a fixed timeline as well as MPC formation will reduce the individualistic approach in the rate-setting process,” India Ratings’ analysts Bansi Madhavani and Soumyajit Niyogi said in a research report dated August 8. 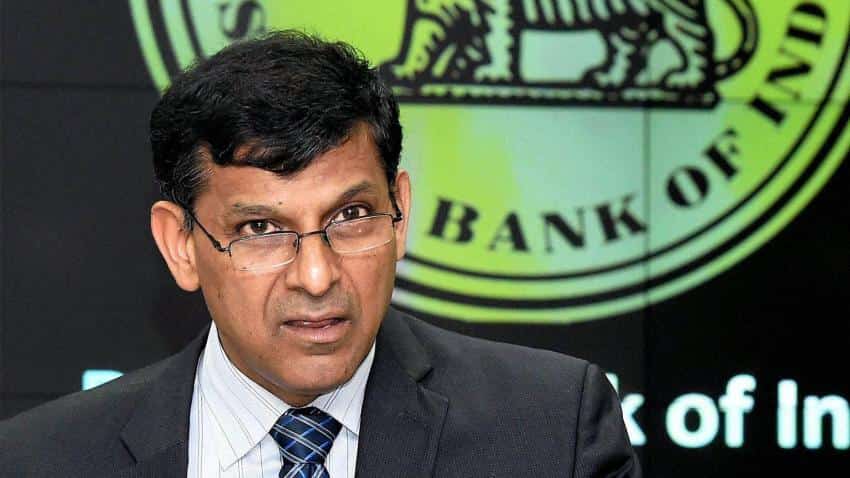 It is the end of the road for RBI governor Raghuram Rajan as his three year term comes to an end in September this year.

The question that is on every banker and analyst's mind is whether Rajan will surprise with a 'front-loading' rate cut like he did on one previous ocassion or whether this last monetary policy announcement as RBI governor will end up with status quo.

The broad opinion prevalent among experts is that rates are unlikely to deviate in today's bi-monthly policy.

A PTI copy stated that as retail inflation is way above the comfort zone the RBI is likely to hold off any changes in the monetary policy.

Rajan has been a very prominent governor of RBI from bringing inflation under control to overhauling assets by banks.

He joined at a time that saw the rupee plummet and was facing immense inflationary pressures.

Experts stated that couple of policies affecting the upcoming monetary policy rates are the government’s focus on maintaining retail inflation at 4% with 2% plus or minus margin.

“Formalisation of the inflation targeting framework with a fixed timeline as well as MPC formation will reduce the individualistic approach in the rate-setting process,” India Ratings’ analysts Bansi Madhavani and Soumyajit Niyogi said in a research report dated August 8.

More than 85% banks also do not anticipate a change in rates.

Zee Business spoke to founder and CEO of IIFL Nirmal Jain who stated that if the rates are not changed in this bi-monthly policy it will definitely be changed in the next.

“It does not matter if rates are changed or not this time but there is a high probability of the rates being reduced in the next 8-12 months,” he said.

Jain also commented on the RBI governor’s speculation over retail inflation and said he would move cautiously bearing in mind that this will be his last bi-monthly policy review.

Unlike the popular opinion PTI reported that Bank of America – Merrill Lycnh chose to differ in Rajan’s final policy predictions.

The brokerage firm stated that RBI governor is likely to cut rates by 0.25% tomorrow in a ‘dovish’ move.

Ind-Ra stated that the governor will be free to determine the desired ex-ante real interest rate, which can allow manoeuvring room to set the policy rate.

Although, the good monsoon winds which provided 2% above LPA (long period average), the surplus of liquidity in the month of August and the positive momentum of rupee in the equity market predict cautious winds ahead of  RBI’s monetary policy.