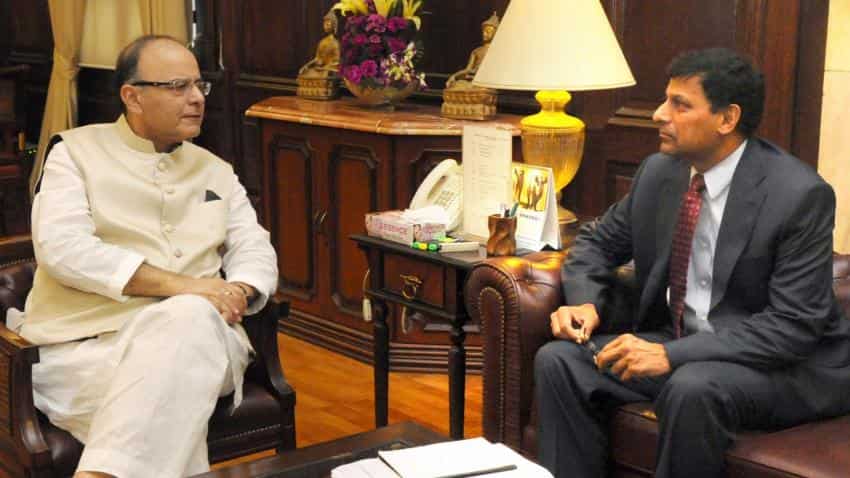 Raghuram Rajan will on Tuesday conduct what will be his last monetary policy update for the Reserve Bank of India (RBI) and also, perhaps, the last that a central bank governor can henceforth undertake independently.

Finance Ministry officials said the committee -- which will fashion the contours of the monetary policy once it is in place -- would be finalised before the next bi-monthly policy review, due in October.

"The MPC would be entrusted with the task of fixing the benchmark policy rate (repurchase rate) required to contain inflation within the specified target level," a Finance Ministry statement said after the inflation target was notified.

The Reserve Bank Governor will be its chair with two more representatives from the central bank, while the other three will be chosen by the government on the basis of the recommendations of a search-cum-selection committee.

"Under Sub-Section (1) of Section 45ZA of the RBI Act, the Central Government, in consultation with the RBI, determines the inflation target in terms of the Consumer Price Index (CPI), once in every five years. This target would be notified in the Official Gazette."

Given this backdrop and the fact that India's retail inflation in June stood at 5.77% -- and as high as 6.20% in rural India -- the possibility of a rate cut has been virtually ruled out, as the current priceline is precariously close to the upper tolerance level of 6%.

"While we continue to factor in another 25 basis points rate cut for the rest of 2016-17, we are cautious on the 2017-18 rate cycle. We would factor in further cuts only after clarity on the pace of disinflation in fourth quarter (Q4) of 2016-17 and RBI's new policy regime," said a report by Kotak Institutional Equities.

"We expect the RBI to pause on August 9," it said.

This is also because the amended law requires the Reserve Bank to also state the reasons if it fails to meet the inflation target, along with the remedial actions the estimate time-period by which it hoped to achieve the same.

"The government's commitment to reform continues. The monetary policy framework will provide right environment for investment and growth,"said Economic Affairs Secretary Shaktikanta Das. "An announcement on MCP members will be made soon."

Ahead of the policy update, Rajan met Finance Minister Arun Jaitley on Friday, as has been customary, but declined to comment. "We have a policy on Tuesday. So I have to wait till policy. On Tuesday, I'll be able to talk."

Since January 2015, when the central bank started seeing some improvement in the economy and external conditions, the repurchase rate, or the short-term lending rate for commercial banks on borrowings from the Reserve Bank, have been cut by 150 basis points -- the last one on April 5 worth 25 basis points.

Thus far, since Rajan took the high office, the policy rate has been raised thrice and and cut five times.

Now as his three-year term ends on September 4, he intends to return to academia as professor at the University of Chicago -- from where he is on a three-year leave.