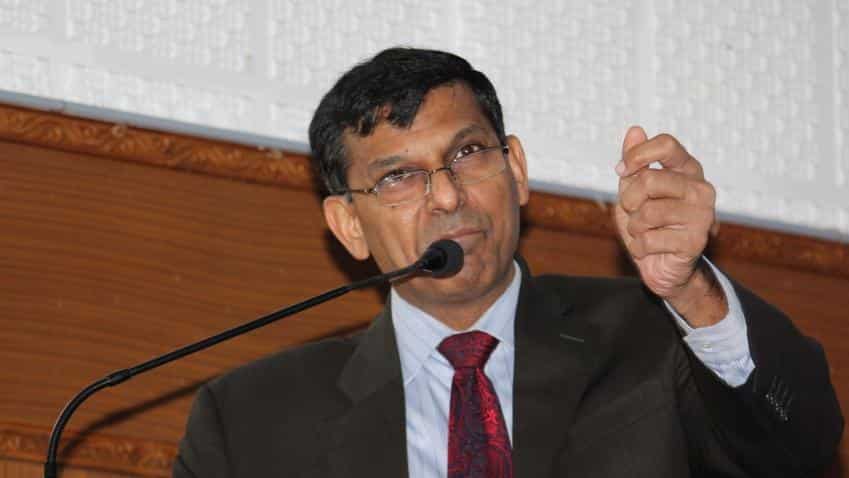 Reserve Bank Governor Raghuram Rajan is widely expected to hold the key interest rate in his last monetary policy review on Tuesday as retail inflation continues to be above the comfort zone.

Rajan, whose three-year term will come to an end on September 4, may prefer that Reserve Bank of India (RBI) assesses the full impact of monsoon rains before taking a view on the interest rate.

This is going to be the last bi-monthly monetary policy to be decided by the central bank Governor as the broad-based six-member panel may take over the job before the next review on October 4.

In conjunction with naming its three members on the Monetary Policy Committee (MPC), the government is also likely to name a successor to Rajan sometime this month.

The government announced last week that it would like the RBI to focus on maintaining retail inflation rate of 4% for the next five years, based on which the new interest rate setting panel would take its monetary policy decisions going forward.

The move, which provides for a margin of plus or minus 2% in this target thus fixing the upper tolerance level at 6% till 2021, is being seen as government putting the seal on Rajan's inflation-first model of monetary policy.

"We are expecting that there will be no change in rate because vegetable prices are on the rise... It will take a few months for the vegetable prices to come down when the Kharif crops come into the market," SBI Chairperson Arundhati Bhattacharya said.

Consumer Price Index (CPI) based retail inflation rose by 5.77% in June, the fastest pace in 22 months and it is expected that the implementation of the new Goods and Services Tax (GST) may push it up further.

He said rates are coming down across geographies including the UK, which has strengthened the case for rate cut by RBI.

"There are lot of favourable developments in the economy -- above average monsoon, low G-Sec rate, high forex reserve, low bond yield, twin deficit well within the range -- augurs well for rate cut of at least 0.5%," he said.

Rajan, criticised for following hawkish monetary policy for too long before starting to lower rates, has reduced the benchmark interest rate by 1.5% since January last year, and has been persuading banks to fully transmit the benefit of the policy rate cut to customers.

Experts say that Cash Reserve Ratio (CRR) will not be tinkered with either as liquidity is sufficient.

"Nothing is going to change in this policy as CPI has not reduced to the level where the RBI wanted it to be. The market has already discounted that rate is not going to be cut this time," said a treasury head of a state-run bank.

"Even the liquidity condition in the system is sufficient, so CRR will not be altered," he added.

Another senior banker said that there are expectations that nothing is going to change as this is the last policy of the Governor and a rate cut is unlikely.

According to Bank of America Merrill Lynch, however, RBI is expected to cut key interest rates by 25 basis points in its third bi-monthly policy review for 2016-17 on August 9, if good rains damp pulse price inflation.

"With good rains, pulses' sowing for the Kharif season has jumped 39% above last year's sowing. This should pull down pulses prices by 20% and cool CPI inflation to 5.1% by March," it said.

DBS said, on the other hand, RBI may keep the key interest rates on hold in the upcoming policy meet as inflation for the second quarter (Q2) has hastened to 5.7% and July-August prints may also stay high.

The room for further easing by the Reserve Bank is dependent on the inflation path and make-up of the monetary policy committee, it said.