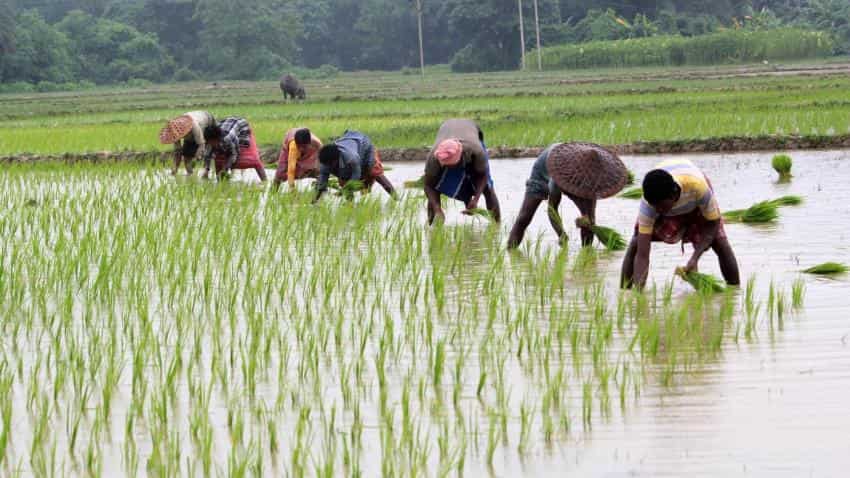 Most states ban or restrict leasing of agricultural land to prevent the abusive tenancy arrangements of the past. Photo: IANS

The model Land Leasing Act, proposed by Niti Aayog in April, recommends that all lease arrangements be made formal, and gives tenant farmers access to benefits including farm credit, insurance and compensation for crop damage. It also protects the landlord`s ownership of the land.

At least a fifth of India`s land holdings are managed by tenant farmers and in some states, it is as much as half. Most states ban or restrict leasing of agricultural land to prevent the abusive tenancy arrangements of the past.

But the result is that leases are either informal or concealed, with few rights for tenant farmers.

"So productivity remains low and tenant farmers are poor. We can`t afford this," said T. Haque, chairman of the land policy department at Niti Aayog in New Delhi.

"For poor farmers, leasing is a way to increase the size of the land holding, improve their livelihood, and give them security of tenancy," he told the Thomson Reuters Foundation.

Tenant farmers are mostly landless labourers who try to eke out a living from growing crops on someone else`s land. They pay the landlord a percentage of the output in rent.

While nearly 60 percent of India`s population is dependent on agriculture for a living, land holdings are small and fragmented, and productivity is among the lowest in the world.

The model law can help consolidate farm holdings and increase productivity, said Haque, who is also persuading states to digitise their land records.

The law offers several benefits to land owners too, he said.

"Some land owners don`t lease out their land because they are afraid tenant farmers will claim ownership," said Haque.

"So the land goes uncultivated, and owners have no occupational mobility as they are tied to the land," he said.

Some states including Punjab, Haryana, Gujarat and Maharashtra give tenants the right to purchase leased land after a period of tenancy. This has discouraged landlords from leasing their land in some of the most fertile areas, Haque said.

The model law proposes quicker litigation in case of disputes. Matters related to land and property make up about two-thirds of all civil cases in the country, according to a recent study by Bengaluru-based Daksh, a legal advocacy group.

Fear of lengthy court cases may discourage land owners from signing on, said Aruna Urs at the Takshashila Institution thinktank.

"Instead of cajoling the unwilling landowners, a financing scheme should be designed for tenants to buy out the land," he wrote in a recent blog.

Activists also fear that the law may make it easier to lease land for industrial purposes.

"There should be a viable ceiling on land to be given on lease and it should be given only to landless, agriculture labourers or unemployed youths," Sunilam at Bhoomi Adhikar Aandolan said in development blog Down to Earth.