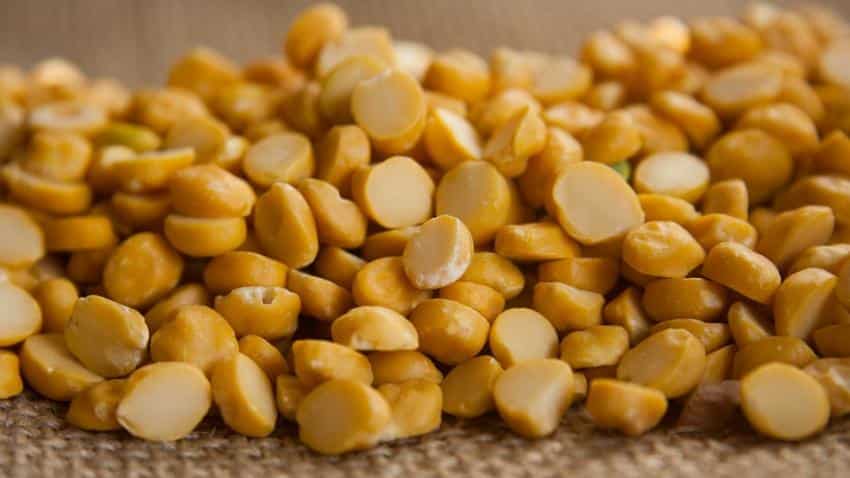 The government has decided to increase the size of the pulse buffer stock to 20 lakh tonnes from the existing 8 lakh tonnes for this year, Paswan added. Representational Image. Image Source: Pixabay
Written By: ZeeBiz WebTeam
RELATED NEWS

In a move to control rising pulse prices that have neared Rs 200 per kilogram, the central government on Monday decided to set up a committee to relook at the minimum support price (MSP) and bonus to promote pulse cultivation.

The decision was taken in a high-powered ministerial meeting headed by Finance Minister Arun Jaitley, which was attended by Food Minister Ram Vilas Paswan and Urban Development Minister M Venkaiah Naidu on Monday.

"The government has decided to set up a committee under the chief economic advisor to frame a long-term policy on pulses, which will look into various options, including MSP and bonus," PTI reported quoting Paswan as saying.

The committee will re-examine the MSP and bonus being given to pulse growers at present and frame an appropriate policy to promote cultivation of lentils in India, he added.

"In my sense, production bonus is more fruitful as compared to MSP," Paswan said, adding that the panel will submit the report within two weeks.

The government has decided to increase the size of the pulse buffer stock to 20 lakh tonnes from the existing 8 lakh tonnes for this year, Paswan said.

To address domestic shortage through imports, the minister added that the government has decided to talk to other pulse-growing countries like Canada for long-term import of lentils on a government-to-government basis, the news agency report said.

"We are negotiating with various countries. We are progressing fast on that," the report said quoting Paswan as saying.