Lok Sabha Election Results 2019: Where is the market headed and what factors will impact it? Find out now 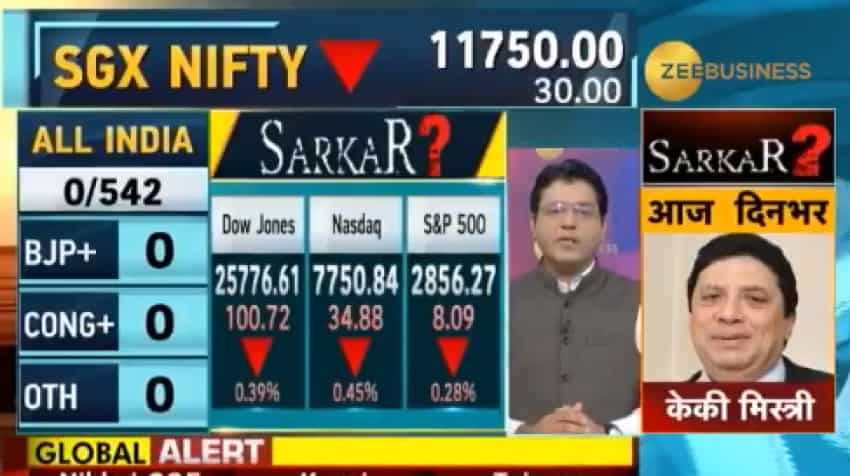 Lok Sabha Election Results 2019: The vote counting of hundreds of million citizens for the general election 2019 commenced at 8 am on Thursday. The event holds enormous importance since there is neck to neck competition in several constituencies and hence it is building tension and excitement. However, exit polls, which were unveiled last Sunday, have given PM Narendra Modi led NDA government a majority with over 300 seats.

Speaking on Zee Business TV, expert Sandeep Grover says that the Asian markets are weak ahead of market opening in India on Thursday. He said that the reason behind the slip is due to the volatile trade tensions between the two economic giants: US and China. He further adds that what once began as a trade war has now taken the shape of a battle based on technological strength. With US already barring the sale of Huawei products, there are chances it will have the similar call on other Chinese companies as well. This step will further fuel the trade war between the two countries. The US market witnessed a drop of 0.5% , with their IT stocks enduring the major impact.

Moreover, the European market did not end on a good note either. This is due to the Brexit issue and the EU elections and both are leaving an imprint on global markets.

Sandeep Grover adds that the only ally that will help is the C2 factor, with rupees strengthening by 5 paise to close at 69.66 on Wednesday. Meanwhile, Brent crude oil landed at $71 per barrel. These two factors can change the face of the market