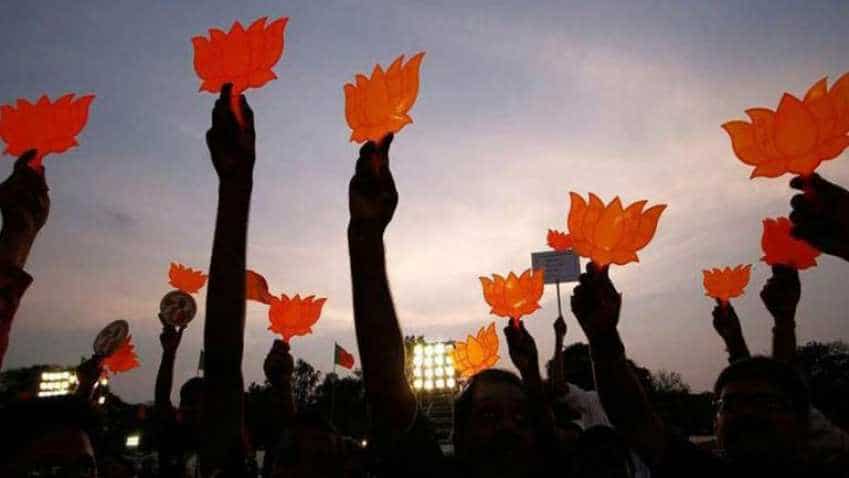 Of the 10 Lok Sabha seats, the BJP, which is the ruling party in the state, was leading in nine seats. Photo: Reuters

Barring Rohtak, the BJP was ahead in all remaining nine seats in Haryana where early Election Commission trends were available Thursday. Union Ministers Rao Inderjit Singh (Gurgaon) and Krishan Pal Gurjar (Faridabad) were ahead in their respective constituencies.

Former chief minister Bhupinder Singh Hooda of the Congress was trailing in Sonipat. Hooda was trailing behind sitting MP Ramesh Chander Kaushik by a margin of 1,115 votes, as per early trends given by the Election Commission.

However, the former CM's son and sitting MP from Rohtak, Deepender Singh Hooda was leading over his nearest BJP rival Arvind Sharma from Rohtak.

Of the 10 Lok Sabha seats, the BJP, which is the ruling party in the state, was leading in nine seats.

From Hisar, bureaucrat-turned-politician Brijendra Singh of the BJP was leading over sitting MP Dushyant Chautala, a JJP candidate.
Counting of votes for all 10 Lok Sabha seats in Haryana began at 90 counting centres, at 8 am.