Kochi Airport Update: The toll in the rain and flood-related incidents in Kerala climbed to 67 with 25 deaths reported on Wednesday. Some carriers announced cancellation and diversion of flights in and out of Kochi airport after suspension of operations were announced till Saturday. 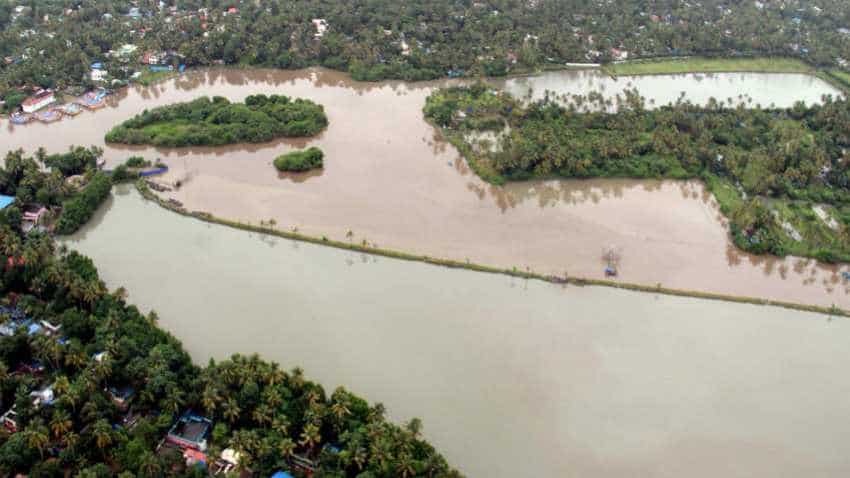 Kochi Airport Update: The toll in rain and flood-related incidents in Kerala climbed to 67 with 25 deaths reported on Wednesday. Image source: PTI

Kochi Airport Update: The toll in rain and flood-related incidents in Kerala climbed to 67 with 25 deaths reported on Wednesday. Some carriers announced cancellation and diversion of flights in and out of Kochi airport after suspension of operations were announced till Saturday.

“We are working hard to drain out the water. All are requested to cooperate,” an airport official said. A red alert had been sounded in 12 of the 14 Kerala districts.

Prime Minister Narendra Modi spoke to Kerala Chief Minister Pinarayi Vijayan over the flood situation in the state. Modi told him that the Centre stood firmly behind Kerala and was ready to provide any assistance.

Domestic carriers such as Air India, IndiGo, SpiceJet and Vistara, and some international airlines announced cancellation and diversion of flights, as the state continued to reel under the worst flood since 1961 that has displaced thousands.

The airlines said penalties on change in date or cancellation on all confirmed tickets have been waived off. Air India informed the diversion of international flights to cities such as Mumbai, Coimbatore and Trivandrum from Jeddhar, Abu Dhabi and Sharjah.

It said that flights from Mumbai, Delhi, Trivandrum and Bengaluru have been held up at the respective places.

The state government had to release excess water from 35 of the state’s 39 dams, including Mullaperiyar dam, and that has compounded the crisis.

Even on Wednesday, the India Meteorological Department, Trivandrum, issued a red alert, warning of heavy rainfall in Ernakulam, Idukki, Palakkad, Malappuram, Kozhikode, Wayanad, Kottayam, Kannur and Kasargod districts.  Over the past week, most districts of the state have received heavy rainfall each day in the range of 60mm to 120mm.

Idukki and Wayanad were reported to be the worst hit districts followed by Ernakulam, Palakkad, Mallapuram, Alapuzha and Pathanamthitta. Earlier, on August 10, all five gates of Idukki dam were opened. But on Tuesday night the crisis got worse as sluice gates of Mullaperiyar dam had to be opened at 2:30am with water levels reaching 142 feet.

The dam is operated by Tamil Nadu but is located in Kerala and water from the spillway flows into the Idukki reservoir, where water levels had already crossed the danger mark and is now at 2399.36 feet.