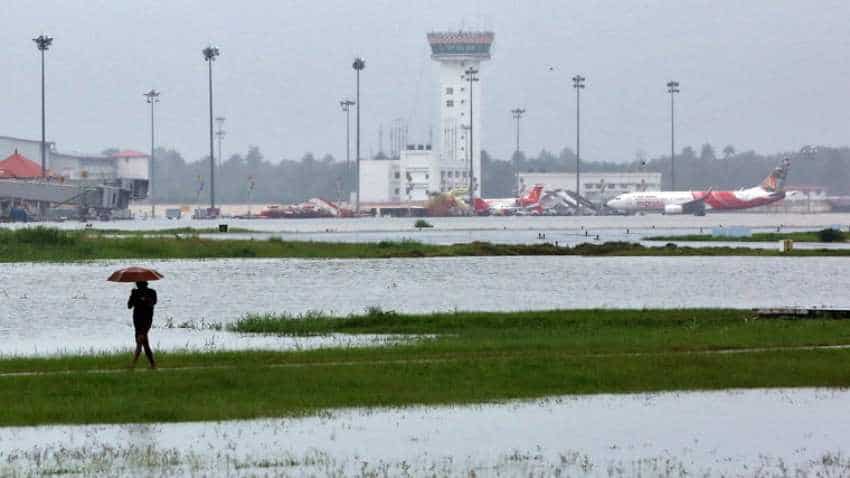 Kochi airport will be closed not just till 26th of the month, as earlier indicated, but till the 29th. Image source: Reuters

In what is definitely going to be a disappointing news for all those affected by floods in Kerala, it has been revealed that Kochi airport will be closed not just till 26th of the month, as earlier indicated, but till the 29th. This was indicated by Cochin airport today in a statement.

Cochin airport, in a statement, said, "A meeting was held at CIAL today to review the damage control activities at Kochi airport, wherein most of the stakeholders including airlines and ground handling agencies expressed their concerns over mobilising manpower. It was informed that 90 per cent of their staffers got affected with the flood and are out of station. Nearby hotels, restaurants and eateries still remain closed. As central Kerala is yet to recover from post-flood trauma, it is a daunting task to arrange local communication, logistics of catering items which will cause a cascading effect on the passengers. In view of these apprehensions, CIAL decides to extend the date of resuming operations for 3 more days. We will be starting all operations at 14hrs on 29/08/2018. This had forced the authorities to put into service for civilian aircraft use, the naval port airport at Kochi. The first to land was an Air India flight from Bengaluru on Monday.

Today, flood waters have receded and most of the emergency operations to evacuate stranded people have ended. However, the task to restore normalcy still lies ahead.