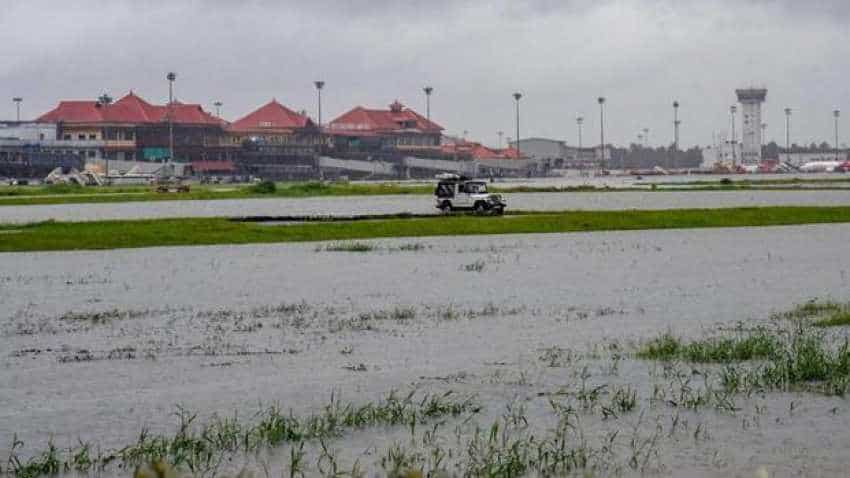 State-run Air India subsidiary -- Alliance Air -- on Monday commenced operations from Kochi naval base -- INS Garuda -- with an ATR-72 aircraft to aide the rescue operations in flood-hit Kerala. According to the Ministry of Civil Aviation, budget passenger carrier IndiGo would also commence scheduled operations from INS Garuda from Aug 21, 2018.

The development comes as the state reels under the worst bout of floods in the recent past.

The grim situation has left the state with only two operational civil airports at Thiruvananthapuram and Calicut, as operations at Kochi airport have been suspended till August 26.

The civil airport in Kochi is severely flooded and stands closed till August 26.

"Monitoring of airfare carried out on August 20, 2018 has revealed that maximum fares on various domestic non-stop direct routes to and from Kerala and nearby airports remained within the limits specified by DGCA (Directorate General of Civil Aviation)," the Ministry said in a statement.

"Based upon request received from Kerala Government to facilitate them in air-dropping of relief material, DGCA has permitted three helicopter operators M/s Pawan Hans Helicopters Ltd, M/s Ghodawat and M/s Devengere for carrying out aerial dropping of flood relief material."

On August 18, Civil Aviation Minister Suresh Prabhu in a series of tweets said that due to disruption of flights from Kochi airport, a joint team sent by the Ministry approved to commence scheduled flights by Alliance Air ATRs between Bangalore and Kochi naval air base.

Prabhu further said that more destinations, including Madurai, will be added soon and that other airlines are also likely to join the effort.