According to experts, the IT industry in India will continue to see the layoffs for the next 18 months at the low-end skills on back of automation taking over the routine tasks like application maintenance, bug fixing, manual testing, among others. 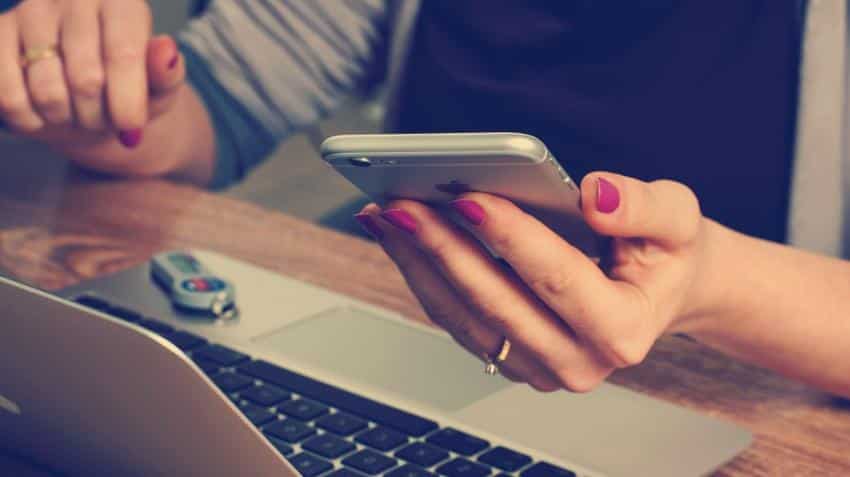 "The sector will continue to see the layoffs for the next 18 months, the layoffs would be more on the low-end skills that are prevalent today," TeamLease general manager-IT Alka Dhingra said. Representational Image. Image Source: Pixabay
Written By: Tejal Yerunkar
RELATED NEWS

1. The IT sector will continue to see the layoffs for the next 18 months, the layoffs would be more on the low-end skills that are prevalent today, says TeamLease

2. Routine task related jobs might be at risk as automation will take over to reduce time and effort in getting them done, says Magna Infotech

With the US tightening of H-1B visas, pressure to lower cost, poor financial performance and inability of IT companies to adapt to newer technologies, the IT industry in India will continue to witness layoffs in the next 18 months at the low-end jobs, according to experts.

According to India Today report dated May 13, nearly two lakh jobs are at stake in the IT industry, with big-ticket companies looking to both hand over pink slips to incumbent employees and hire fewer talent.

Seven of the biggest IT firms in the country are in the process of laying off more than 56,000 engineers, it said.

As a result of the US president Donald Trump's nationalist-protectionist policies, many IT companies are in the process of hiring American citizens and asking Indian H-1B Visa holders to return back to India, it further added.

Earlier in May, Infosys had announced to hire 10,000 American technology workers over the next two years to help invent and deliver the digital futures for its clients in the United States (US), Zeebiz.com reported.

Wipro has already hired over 2,800 US citizens in the past 18 months, India Today reported citing the Livemint report.

With pressure to reduce cost of operations and decline in IT spends by enterprises worldwide, IT companies like Wipro, Cognizant, among others have sacked  employees after performance appraisal in April this year.

Wipro is reported to have sacked about 600 employees during the fiscal year 2016-17 (FY17) for non-performance, cited the PTI report.

Due to the impact of automation on lower-end jobs, Cognizant too is likely to lay off at least 6,000 employees in job roles that have become redundant, The Times of India reported on May 20.

The country's IT-software industry recorded 24% fall in hiring in April this year as compared to April 2016, IANS reported citing the Naukri.com's latest survey.

"The overall job market saw an 11% fall in new jobs, with IT-software industry most hit. IT-Software industry was hit the most with a 24% decline in hiring in April as compared to April 2016," the report said citing the Naukri Job Speak Index data.

"The industry will continue to be a net recruiter. However, it will continue to witness supply of talent and this might have negative implications for the engineering," IANS reported quoting Kotak Institutional Equities as saying in a research note.

"We expect automation to have significant bearing on headcount addition in the medium term," it added.

ALSO READ: 'IT to layoff up to 2 lakh engineers annually for next three years'

Can IT industry in India create 20 to 25 lakh additional jobs in coming years?

With the IT industry recording massive layoffs, the country's Union Minister for Electronics and IT Ravi Shankar Prasad has recently said that about 20-25 lakh additional jobs will be created in the sector in the coming four to five years.

"I completely deny and refute that there is any downturn in the employment in the IT sector. It is robust. Once the digital economy is here, you will see how much it will progress," The Economic Times reported quoting Prasad as saying while speaking at a conference to list the achievements of the ministry after three years of the prime minister Narendra Modi government in New Delhi.

To understand whether the country's IT industry can create about 20 to 25 lakh additional jobs in the coming years we managed to speak to experts from IT recruitment firms and learned that the industry will witness layoffs at low-end jobs while upskilling and reskilling of employees will take place at larger scale over the next two years.

"The sector will continue to see the layoffs for the next 18 months, the layoffs would be more on the low-end skills that are prevalent today," recruitment firm TeamLease general manager-IT Alka Dhingra told Zeebiz.com in an e-mailed interview.

"The IT industry is poised to grow to more high-end work than just low-end work that was being done in the past. This means that there would be lot of upskilling/reskilling of resources over the next two years," she added.

ALSO READ: IT jobs hit maximum as hiring falls by 24% in April

However, recruitment firm Magna Infotech sees the government's digitisation initiative to have significant impact in creating jobs in the country's IT industry.

"The government's Digital India and Smart City initiatives will be big booster to IT/ITES sectors in creating jobs. In Magna we have not seen any dip in the IT requirements,"  Magna Infotech chief executive officer (CEO) Sanju Ballurkar told Zeebiz.com

"As per Forbes report only 25% of industries across segments are automated, still there is long way to go which according to us, is the input for government to look at 25 to 30 lakh of probable jobs that can be added across sectors in IT domain,” Ballurkar added.

According to experts, majority of IT industry layoffs occurring through automation will happen at routine task related functions in the next one to two years .

"Most of the layoffs would be in the areas of routine application maintenance, bug fixing, manual testing and related areas," cited Dhingra.

"A lot of these layoffs are being driven due to automation, legacy applications being upgraded to newer and most robust technology platforms. This is a trend that would continue over the next 12-24 months," she further added.

Echoing similar views, Ballurkar said, “Routine task related jobs might be at risk as automation will take over to reduce time and effort in getting them done. But historically technology had always ended up creating more jobs than it destroyed, this is largely due to adoption of automation in reality."

In the coming years, experts believe that due to automation there will be major upskilling/reskilling of employees in functions like analytics, infrastructure, cloud computing, gaming, among others and these functions will create large jobs.

“Flavours of analytics, infrastructure, cloud computing, mobility, interactive interfaces, gaming, digital gateways, automation would the areas where jobs would be in plenty. This is where majority of the upskilling/reskilling of resources would continue to develop upon over the next 12- 24 months,” Dhingra told Zeebiz.

“Manufacturing, agriculture-related, healthcare and pharma, home automation, automotive, power and energy, logistics, BFSI, e-commerce are major sectors which will see these jobs being created. Next 5 to 10 years are crucial as automation, Internet of Things (IoT) growth will decide what the jobs needs human intervention and what can be automated,” Ballurkar said.