Infosys on Thursday said that the US H-1B visa issue is worrying for Indian IT industry which it will have to live with and should push for adopting a healthy mix of local and global talent hiring to overcome the existing challenges. 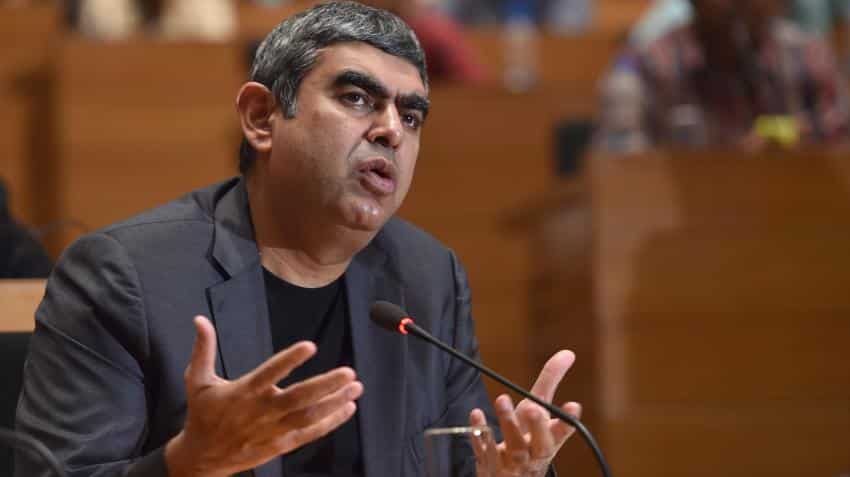 "I think that the role of visas in our industry has become too strong in the last 15 years and we need to focus on delivering value, independent of visas," Infosys CEO Vishal Sikka told reporters. Image Source: IANS
Written By: PTI
RELATED NEWS

Infosys on Thursday said the visa issue in the United States (US) is something that the Indian technology industry will have to "live with" and pushed for adopting a healthy mix of local and global hiring to tide over such challenges.

"I think that the role of visas in our industry has become too strong in the last 15 years and we need to focus on delivering value, independent of visas," Infosys CEO Vishal Sikka told reporters.

The North American market accounts for over 62% of Infosys' revenue. For the quarter ended March 2017, revenue from this market grew 1.3% sequentially for the company.

Sikka said the industry will have to focus on delivering value to clients in a way that is strategic to them and is "in compliance with regulations".

"It necessarily means that they have to have a mix of the best local talent that they can bring and mix that with the best global talent. And we bring technology to cross some of these divides," he said.

The visa situation is something that affects the entire industry and "we have to live with that", he pointed out.

The Infosys top honcho further said the company is deeply committed to the US market and is training students and teachers on next-generation technologies to enrich the talent pool.

"That is the more healthy way to go about it," he said. The company does not provide a headcount break-up in terms of number of people it employs in individual geographies. Overall, it has over two lakh employees.

The comments assume significance, given that the US has taken various steps to make visa norms stricter over the past few weeks.

Indian firms like TCS, Infosys and Wipro are dependent on visas to send their employees overseas to client sites. However, they have been reducing this dependence and are instead ramping up local hiring to comply with the norms.

Overall, the Indian IT sector gets over 80% of its revenues from the US and Europe while the remaining comes from Asia and the domestic market.

Any change in visa norms in key markets can affect the movement of labour as well as spike operational costs for the IT players.

During his election campaign, US President Donald Trump had promised stricter immigration laws and protection of local jobs. Also, a legislation (Lofgren Bill) in the US was introduced that proposed doubling of the minimum wages of H-1B visa holders to $130,000.

Most recently, the US Citizenship and Immigration Services (USCIS) has come out with a policy memorandum, saying companies applying for visas must provide "evidence to establish that the particular position is one in a specialty occupation".

This would potentially make it difficult for Indian technology professionals to work in the US at entry-level positions.