In the Mahatma Gandhi (New) Series of banknotes in the denominations of Rs 500 counterfeit notes detected during FY18 were 9,892 as against 199 in the previous fiscal. 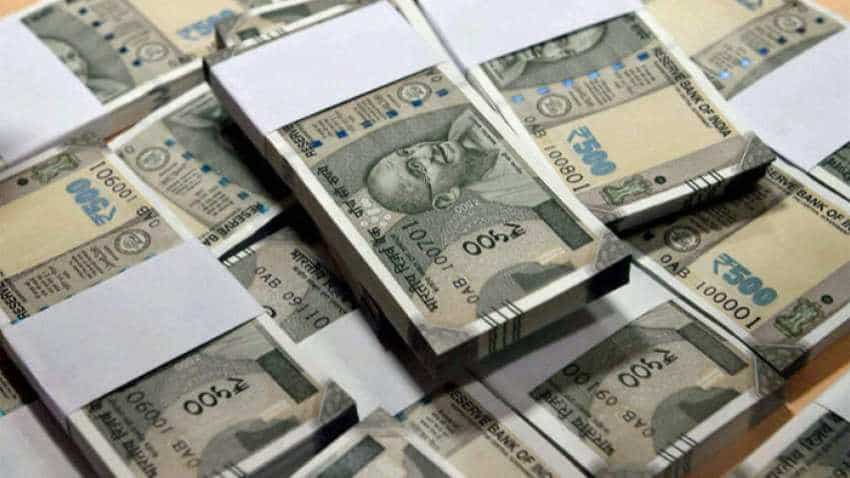 Carrying a fake currency notes comes as a cause of concern for a citizen. Photo: Reuters
Written By: ZeeBiz WebTeam
RELATED NEWS

Post demonetisation, there has been massive enhancement in India’s currency chest. The Reserve Bank of India (RBI) has either introduced new notes or have given a complete makeover to the existing ones. The agenda of demonetisation for eliminating Rs 500 and Rs 1000 notes was to tackle black money and prevent finance terrorism. Among these two issues also comes as counterfeit notes in other words fake currency. By banning old Rs 500 and Rs 1000, the government also gave India new Rs 500 and Rs 2000 in high denomination category. Guess what! An RBI data reveals that there has been massive detection of fake currency in these two new notes. Talking about new Rs 500 notes, the RBI annual report for FY18 highlights that, in the Mahatma Gandhi (New) Series of banknotes in the denominations of Rs 500 counterfeit notes detected during the fiscal were 9,892 as against 199 in the previous fiscal. Hence, there is rise in Rs 500 fake notes.

Carrying a fake currency notes comes as a cause of concern for a citizen. What generally happens is when someone recognises a fake currency two things takes place, either that someone follows the guidelines of RBI and reports about the fake currency for further actions or they just plan to get rid of it by passing to other people.

The new Rs 500 notes in the Mahatma Gandhi (New) Series are different from the present series in colour, size, theme, location of security features and design elements. The size of the new note is 66mm x 150mm. The colour of the notes is stone grey and the predominant new theme is Indian heritage site - Red Fort.

Here's how you can understand the Rs 500 note you are carrying is note fake.

1 - See through register in denominational numeral.

2 - Latent image of the denominational numeral.

5 - Windowed security thread changes colour from green to blue when note is tilted.

8 - Number panel with numerals growing from small to big on the top left side and bottom right side.

9 - Denomination in numerals with rupee symbol in colour changing ink (green to blue) on bottom right.

10 Ashoka pillar emblem on the right. 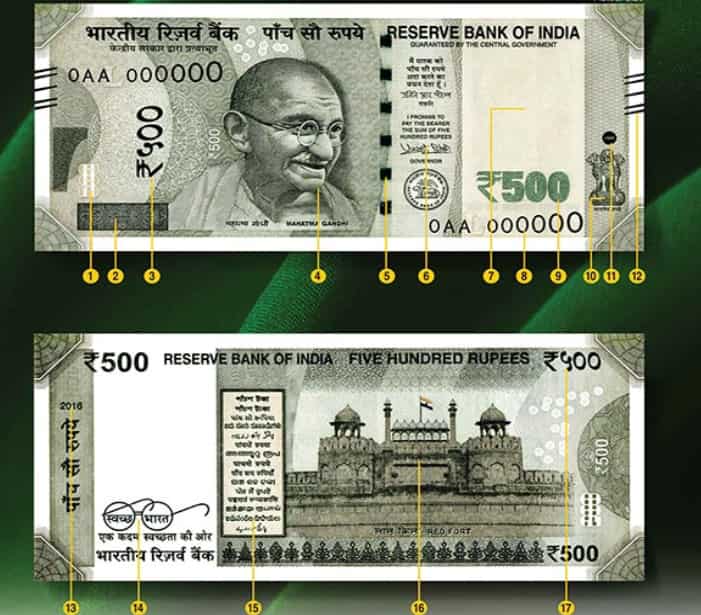 1 - Year of printing of the note on left.

5 - Denominational numeral in Devnagri on right.

If someone gives you fake note:

This situation is difficult to tackle, because then banks will not take any responsibility for the fake currency you have received. The next step and logical you can take is by reporting about it to the nearest police station or magistrate office on finding a fake note.

It needs to be note avoid circulating the fake currency you have received, because knowingly circulation of counterfeit notes is a punishable offense under the law.

Hence, its best to take the above actions first then later pay for carrying a fake note.