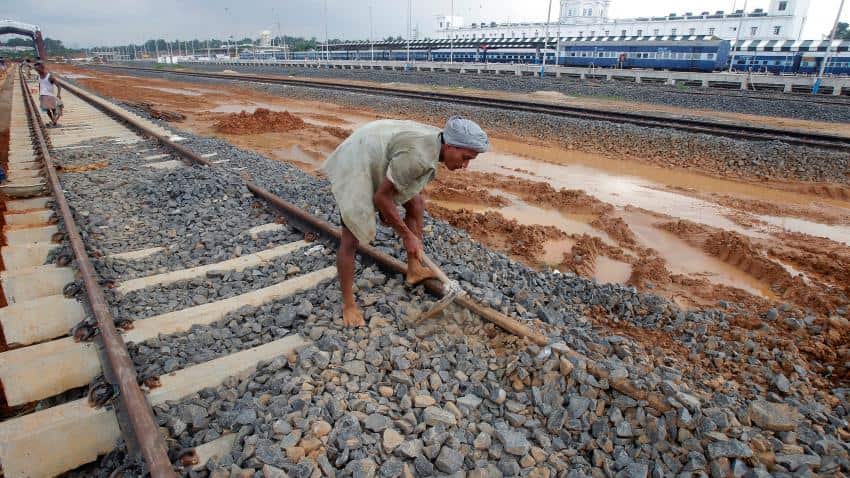 The Japanese financial services major has lowered its January-March 2017 gross domestic product (GDP) forecast to 5.7% and that of April-June to 6.8%, from 7%. Representational Image. Image Source: Reuters
Written By: PTI
RELATED NEWS

India's growth numbers are likely to slide in the next two quarters, but a sharp rebound is expected in the second half (H2) of 2017 as the demonetisation impact will be transitory and not long lasting, says a Nomura report.

The Japanese financial services major has lowered its January-March 2017 gross domestic product (GDP) forecast to 5.7% and that of April-June to 6.8%, from 7%.

"While we expect a sharp slowdown in the next two quarters, we also expect a V-shaped recovery in the second half (H2) of 2017," it said in a research note.

According to Nomura, the factors responsible for a V-shaped recovery in the second half (H2) of this year include release of pent-up demand, minimal wealth destruction post demonetisation and fiscal gains for the government that are likely to accrue in 2017-18.

"We expect a sharp rebound due to the release of pent-up demand post-remonetisation, stronger consumption due to large fiscal gains for the government (around 1% of GDP), wealth distribution towards poorer households, and sharply lower lending rates," the report noted.

It added that while much of the effect of the cash ban will be transitory, others will be longer lasting -- formalisation of the economy, less corruption, boost to government tax revenues and higher financial savings.

"Over time, we expect these benefits to outpace the short-term growth disruptions," it added.

Meanwhile, the International Monetary Fund (IMF) has revised India's GDP growth forecast on note ban woes by one percentage point to 6.6% for the current fiscal.