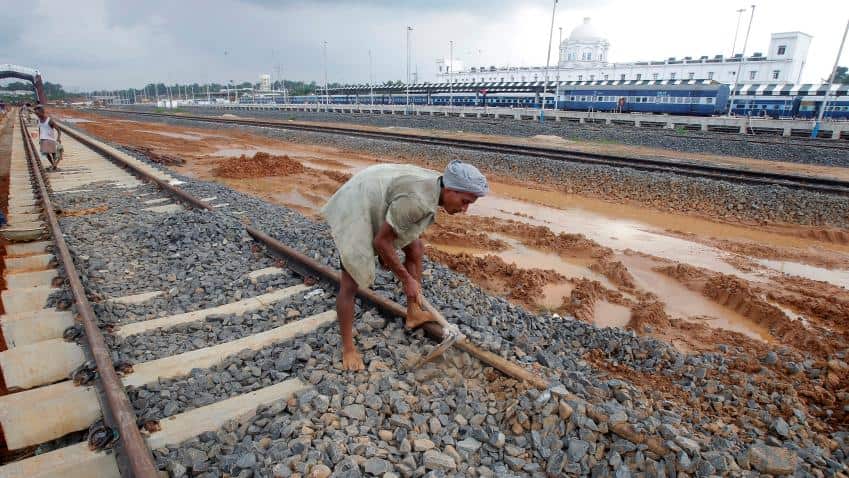 While developed economies have wallowed in lacklustre activity, Asia`s third-largest economy has maintained a resilient pace of expansion in recent years, eclipsing China.

That trend likely continued in the last quarter, according to the median consensus of 35 economists polled over the past week.

They forecast India`s nearly $2 trillion economy expanded 7.5% in July-September from the same period a year ago, accelerating from a 15-month low of 7.1% in the previous quarter.

Private surveys showed business activity at manufacturing and services firms accelerated during the three months to September as broadly steady prices helped drive a surge in domestic and foreign demand.

A separate Reuters poll showed another rate cut was likely in the first three months of 2017.

Lower interest rates would help the Indian government in its efforts to boost economic growth to above 8%, which is the bare minimum needed to provide jobs to around a million people who enter the workforce every month.

However, Modi`s shock move on November 8 to withdraw Rs 500 and Rs 1,000 notes as legal tender to fight tax evasion, corruption and forgery has caused disruptions across the economy, leaving companies` cash-reliant supply chains in tatters and depressing consumer demand.

In the year to March 2017, the cash crunch is estimated to pull down India`s gross domestic product (GDP) growth from last year`s 7.6% by as much as 4.1% age points. Brokerage Ambit Capital says it does not rule out a contraction in the October-December quarter.

The demonetisation move stoked a fall in India`s benchmark BSE Sensex index - down over 4% so far since the announcement - and pushed the rupee last week to a record low of 68.86 against the US dollar, despite the central bank`s repeated efforts to stem the slide.

"At this point we have limited visibility on the extent of the demand destruction that is likely to take place. On balance though, we see potential downside risks to our existing growth forecast," wrote Kunal Kumar Kundu, economist at Societe Generale.

"And the longer the disruption lasts, the greater the impact it will have."