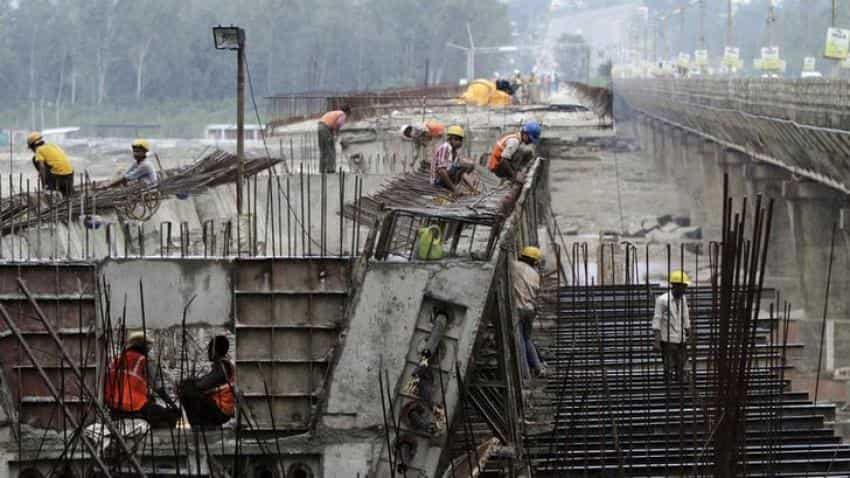 Indian economy is estimated to grow at 7.8% in the current financial year of 2016-17 (FY17) on the back of good monsoon, better performance of agriculture and industry sector, said a latest survey by Ficci.

Federation of Indian Chambers of Commerce and Industry (Ficci) conducted a survey among leading economists belonging to the industry, banking and financial services sector during July to August period this year.

Ficci in its survey released on Tuesday said, “There has been a marginal improvement in the growth estimate for 2016-17 as compared to the previous round and this comes at the back of better performance of the agriculture and industry sector.” The monsoon season has been good this year which is expected to support agricultural production, it added.

According to Ficci's survey, the median growth forecast for index of industrial production (IIP) has been put at 3.5% for the year 2016-17, with a minimum and maximum range of 2.0% and 4.3% respectively.

It said  the median inflation forecast for 2016-17 has noted a marginal increase as compared to the previous round.

“The improvement in rural demand on the back of a pickup in farm sector is likely to give an impetus to industrial growth. Industry is projected to grow by 7.3% in 2016-17, 0.2% points higher than the projection as per our previous survey round,” cited Ficci.

It further said that recent data points indicate an increase in inflation on the back of elevated food prices. However, it said that prices are expected to remain range bound going ahead given good monsoons and an improved acreage.

On banks deposit rates,the economists participated in the survey said that it will take time for the banks to make any further reductions in deposit rates.

They said while the moves undertaken by the Reserve Bank of India (RBI) and government are likely to reduce the banks’ operational cost; the high stock of non-performing assets (NPAs) and provisions for public sector banks is posing a major challenge as far as transmission is concerned.

Moreover, other than the forecast for key macro variables, the economists during the survey were asked to share their views on certain topical issues.

According to the survey, majority of the participating economists said that for most Indian banks, time deposits remain the most important source of bank funding as compared to other sources of funding (such as market borrowing) as it is cheaper and allows banks to enjoy higher interest  spreads.

As far as exports are concerned, majority of the economist felt that a change (devaluation) in the exchange rate can only help in the short run. In the long run, it would be ineffective as other countries would follow suit. Economists believed that the present rupee-US Dollar exchange rate in the band of 65-68 is fair and is consistent with current macro fundamentals.

They felt that the current exchange rate is at an appropriate level to support exports and keep the import bill at manageable levels.

Ficci said the economists in the survey unanimously agreed that to attain a higher level of growth, focus should be laid on investing more on building capacities through infrastructure development.

The country recently introduced reforms such as goods and services tax (GST), Insolvency and Bankruptcy Code, etc., which are steps in the right direction, it added.