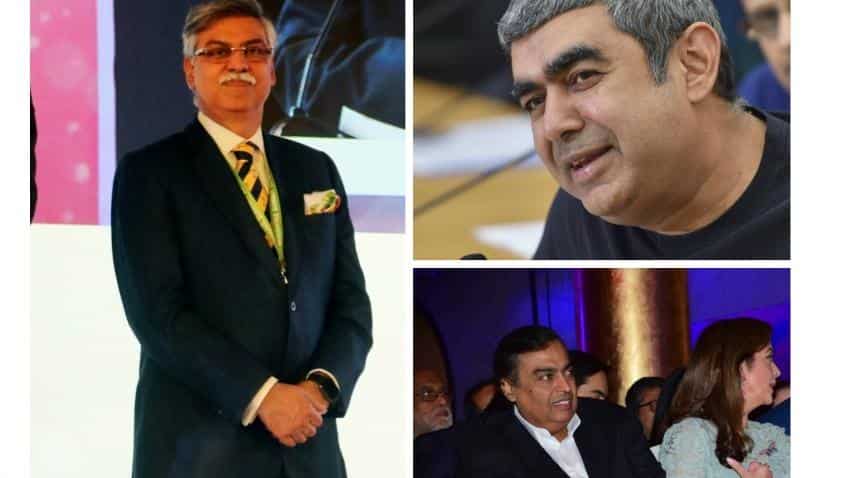 Some of the top business men in the country have capped their salary over eight years.

Not surprisingly their annual income crosses into crores of rupees as reported by respective companies’ reports.

Mukhesh Ambani trying to set an example for Board of Directors at his firm has not taken a salary hike for eight years while the directors of the company saw their salary increase 20% y-on-y basis, a report by Hindustan Times stated.

In another report by International Business Times in May 2016 identifying India’s top ten highest paid executives identified C.P. Gurnani as the highest paid with a total annual income of Rs 165.6 crore.

Updating a few figures from their list, ZeeBiz has worked out this list graphically. Take a look at who has the largest and the least chunk in salary packages.

C.P Gurnani still remains ahead of the pack with the highest annual salary and the richest man in India currently has the least annual income package of Rs 15 crore.