The fifth spot was taken by Facebook founder, Mark Zuckerberg, with the net worth of $54 billion (Rs 3.59 lakh crore). 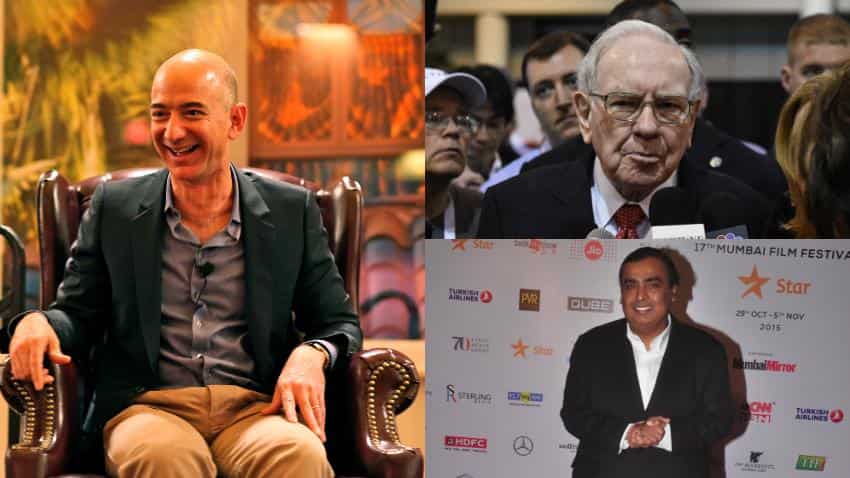 Jeff Bezos, Founder and CEO of e-commerce major Amazon.com has become the third wealthiest man in the world with net worth of $65.3 billion (Rs 4.34 lakh crore), up by 2%, or $1.3 billion (Rs 8648.57 crore), surpassing Warren Buffett, chairman and CEO of Berkshire Hathaway, who has now become fourth richest man with the net worth of $64.9 billion Forbes magazine said.

The fifth spot was taken by Facebook founder, Mark Zuckerberg, with the net worth of $54 billion (Rs 3.59 lakh crore).

Bezos, 52, owns 18% of Amazon and since February its stock has risen by nearly 50%. On Thursday, the company reported a strong results as global web retail sales and cloud services topped Wall Street targets. In past week the shares of the company rose by 8%, a Reuters report said.

As per the Forbes report, Bezos' rise to the number three spot is mainly by the Amazon's stock performance coupled with Buffett's philanthropy. Buffett donated nearly $2.9 billion to charity.

"Buffett appeared on FORBES’ very first ranking of the world’s 400 richest people in 1982 with a net worth of $250 million. Just three years later, he was listed as a billionaire for the first time on the 1985 FORBES 400", Forbes said in the report.