Arun Jaitley discussed the need for investment, infrastructure development and bilateral trade between these two countries. Both the countries have signed an agreement to establish $9 billion in concessional credit. 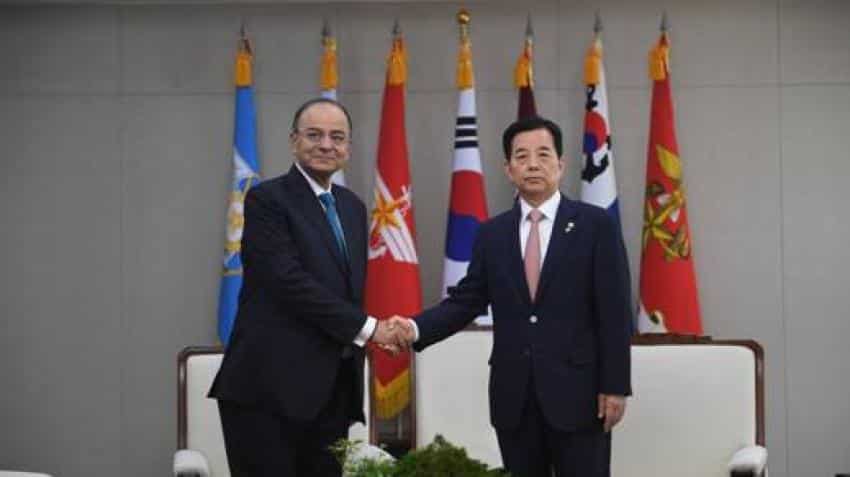 Ministry of Finance said, "Both the sides agreed that in the face of uncertainty and the risk of rising protectionism, there was a need for the two countries to increase efforts to stimulate investment flows, support for infrastructure development, and bilateral trade among others.

For this, the two ministers entered into an agreement to establish $9 billion in concessional credit and $ 1 billion ODA for infrastructure development projects in India.

With this, Republic of Korea became one of the First non-G-7 countries to become an Official Development Assistance (ODA) contributor in India.

Both the Ministers also agreed to consider deploying part of this fund towards the Smart City projects in India.

They also agreed to establish a mechanism at senior official levels, to identify good infrastructure projects in India, to draw upon these funds.

Jaitley is presently on a four day Official visit to Republic of Korea to participate in the Fifth India-Korea Financial Dialogue and the 2nd Annual Meeting of the Board of Governors of AIIB.

On June 15, 2017, Jaitley will call on the President, Republic of Korea, H.E. Mr Moon Jae-in. He will also meet the leading Korean Financial Manufacturing Companies in several rounds of meetings.