India can save Rs 70,000 crore in five years by reducing cash transactions 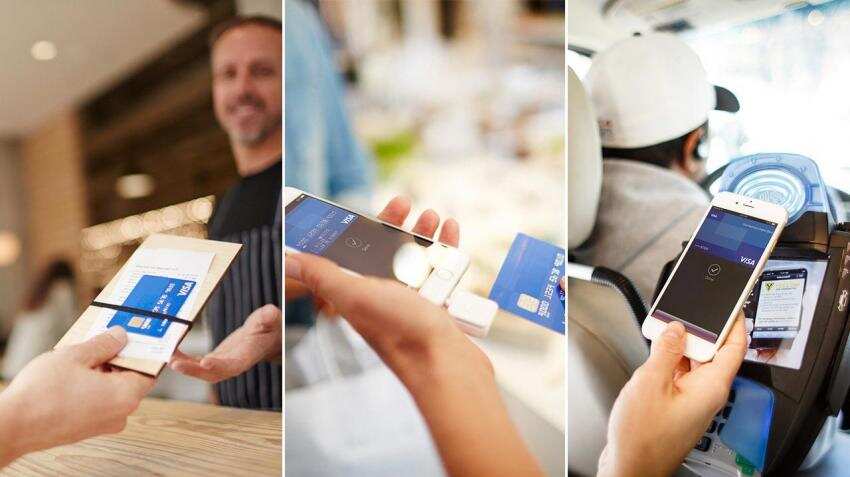 Increased use of digital payments cumulatively added $296 billion to the GDP of 70 countries across the globe between 2011-2015. Photo: Official Website
Written By: ZeeBiz WebTeam
RELATED NEWS

Visa, major in payments technology, on Wednesday unveiled a report “Accelerating the Growth of Digital Payments in India: A five–year outlook” which stated that the India can reduce its cost of cash and save Rs 70,000 crores ($10.4 billion) in the next five years.

According to the study, the cost of cash places a huge burden on the Indian economy equivalent to 1.7% of GDP. This high cost of cash stems from large volumes of cash flow in the economy relative to its peers across the globe. For example, in India in 2015, the number of digital transactions per capita was only 10, compared to 163 in Brazil, 420 in South Korea, and 429 in Sweden.

Unveiling the report, Amitabh Kant, CEO, NITI Aayog, Government of India said, “We welcome the release of Visa’s report and its policy recommendations for transitioning India to a less–cash society. Digital payments will pay a critical role in achieving the Digital India vision and in driving financial inclusion. Achieving this goal would not only help us to bring more people into the formal financial system, but also in reducing the size of the shadow economy and delivering an increase in jobs.”

According to a 2016 Moody’s Analytics study commissioned by Visa, increased use of digital payments cumulatively added $296 billion to the GDP of 70 countries across the globe between 2011-2015. In India, the increased use of digital payments added $6.08 billion to the GDP, over the same period. That’s the equivalent of 337,000 jobs added due to a combination of fast growing labour productivity and increasing card usage.

Visa’s report points to six factors for high cash usage in India – (i) a high propensity to save in and use cash; (ii) a large shadow and remittance based economy; (iii) gender imbalance in the use of payments; (iv) high cost of acceptance infrastructure; (v) regulatory limitations and (vi) insufficient focus on financial literacy.

As per the report, this could be done by making an investment of Rs 59,300 crores ($8.8 billion), of which Rs 58,000 crores ($8.6 billion) would need to be incurred by the Government by way of fiscal incentives provided to consumers and merchants, and lowering of import duties on point–of–sale (POS) terminals. The remaining investment would need to be made by banks to expand the acceptance network from the current 1.3 million POS terminals to 4 million over the next five years and bringing about 41 million households into the financial system.

According to Demetrios Marantis, Senior Vice President, Global Government Affairs, Visa, “The payments landscape in India is at a point of inflection with growing acceptance infrastructure and consumer adoption of digital payments. Continued Government initiatives to drive e-payments, including fiscal incentives for consumers and merchants to switch from cash, efforts to bolster financial inclusion, and a focus on innovation are necessary to drive change.

“India should look to international examples for ways to increase the adoption of digital payments such as establishing an acceptance development initiative in Indonesia and Poland, mandating payment of salaries electronically in Uruguay, and wide scale digitisation of person–to–government payments such as transit in London and Singapore. Similar initiatives could be game changers for India.”

T.R. Ramachandran, Group Country Manager, India and South Asia, Visa said, “It is with great pleasure that we release the Accelerating the Growth of Digital Payments in India: A five–year outlook report. India has a significant opportunity to advance the development of its payments system and achieve important national objectives including driving innovation and digitization, enhancing financial inclusion, promoting transparency, and widening the tax base. In turn, this would encourage economic growth and job creation.

“We hope this report provides a timely contribution to the discussion of policy, regulatory, and infrastructure changes necessary to leapfrog and modernise India’s payment systems. We are deeply committed to supporting the government’s vision of a less-cash, technology driven, secure, and competitive digital payments industry. We look forward to working in partnership with others to drive the growth of digital payments across the country.”