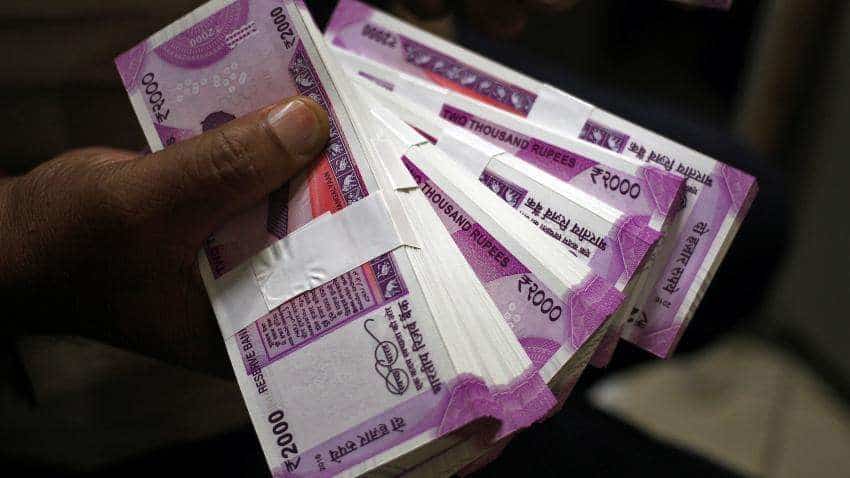 The Narendra Modi government has been pushing digital payments for quite some time now, especially since the time of demonetisation announcement. While the NDA government is busy pushing digital transactions, they have even tightened bolts for carrying cash transactions through Central Board of Direct Taxes (CBDT). In a major move, the CBDT has launched an advertisement on it’s official website, where it has laid out a list of new rules on carrying cash transaction. The department has openly promoted the advertisement with a tagline saying, “Know When To Say No To Cash Transactions.”

The reason behind this new rules is because of ongoing investigation in curbing black money. Heavy cash in hand are considered as a medium for creating finance terrorism. Even many institution or citizens have misused cash in hand to create fake currencies in India. This calls for major stringent policies that can help IT department in bringing down black money.

CBDT on its website said, do not accept cash of Rs 2 lakh or more in aggregate from a single person in a day or for one or more transactions relating to one event or occasion.

Further CBDT has guided not to receive or repay Rs 20,000 or more in cash for transfer of immovable property.

Also, the department has asked not to pay more than Rs 10,000 in cash relating to expenditure of business or profession.

CBDT further said, “Any information regarding black money including information about undisclosed income/ assets (both in India as well as abroad) and Benami Transactions can be given to the jurisdictional Director General/Pr. Director of Income Tax (Investigation).” 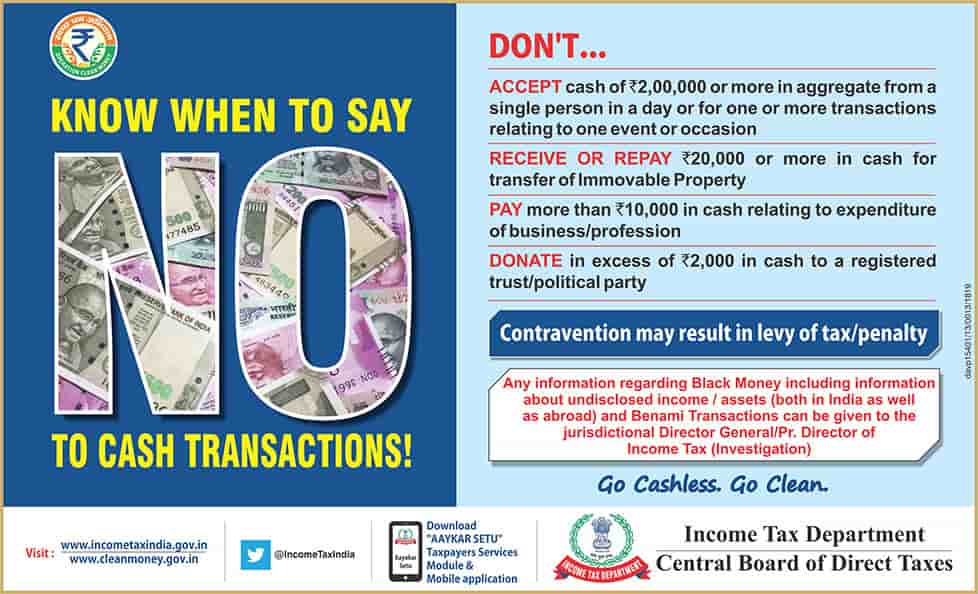 Earlier, the IT department revised Income Tax Informants Reward Scheme, where a person can get reward up to Rs. 50 lakh for giving specific information in prescribed manner to the designated officers of Investigation Directorates in Income Tax Department about substantial evasion of tax on income or assets in India which are actionable under the Income-tax Act, 1961.

The reward can go up to Rs 5 crore depending on the information.

Apart from this, CBDT also strictly said not to donate more than Rs 2,000 in cash to any registered trusts or political party.

Lastly, CBDT also said if above mentioned rules not followed, contravention may result in levy of tax or penalty.