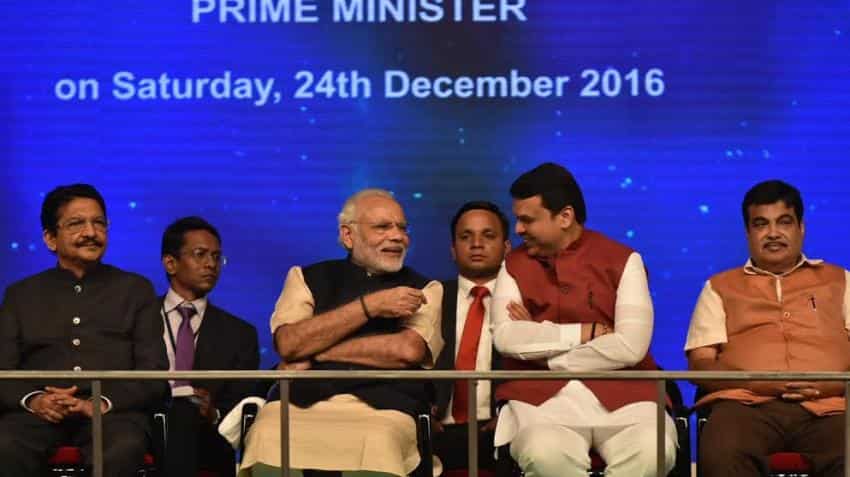 Prime Minister Narendra Modi on Saturday said that if the evils of corruption and black money had been tackled by the previous governments, he would not have been forced to take a tough decision like demonetisation.

"If the ills of the country had been tackled on time in the past 40 years, I would not have resorted to such a harsh decision," he said.

"Those who failed to take the decision have pushed the country to grave peril -- I have saved the country, as I had promised to do," Modi said at a public rally here after inaugurating the Rs 11,420-crore Pune Metro project.

Continuing with his defence of demonetisation, he again warned the corrupt and black money hoarders to come clean or face the consequences.

Reiterating his earlier statements in Mumbai -- to continue the war against corruption, black money hoarders, terror and Maoists until achieving victory -- Modi exhorted those with undeclared money to reveal their untaxed wealth and "sleep peacefully".

"If they don`t declare, then at least I will not sleep," he warned, vowing to give justice to the 125 crore people of the country, who have suffered over 70 years because of a handful of corrupt elements.

He said after the 50 days post-demonetisation, the sufferings of the masses would gradually ease, but the problems of the corrupt and the black money hoarders will increase. "Nobody will be spared and the poor will get justice."

Dwelling on the rural-urban divide, Modi said the Centre has launched a "Rurban Mission" to ensure all-round development of urban centres and the villages without the latter losing their soul.

"In rural areas, we shall improve the quality of life, employment, provide same opportunities and facilities as in urban areas, which can slow the pace of migration from the rural areas to cities," Modi said.

He said under the changed scenario, people are not merely content with railways or highways, but demand I-ways (Information Highways) and digital grids, and besides water pipelines, they want gas pipelines and optical fibre networks.

"Urbanisation is going on at a brisk pace in India and whatever we do is not enough. If we only think of the next elections, we shall never confront the challenges facing urban areas. So, irrespective of the immediate political gains, we must adopt a long-term vision to tackle the challenges of development," Modi said.

It was also imperative to complete all projects within the deadline and if possible, think of catering to the needs of the people after 25-30 years, he urged.

Since demonetisation, he said, the value of small currencies like Rs 100-Rs 50 had gone up, the incomes of urban and rural bodies in the country had shot up by 200-300%, compared to the 50-60% earlier.

The additional revenues would be used for public benefit, he added.