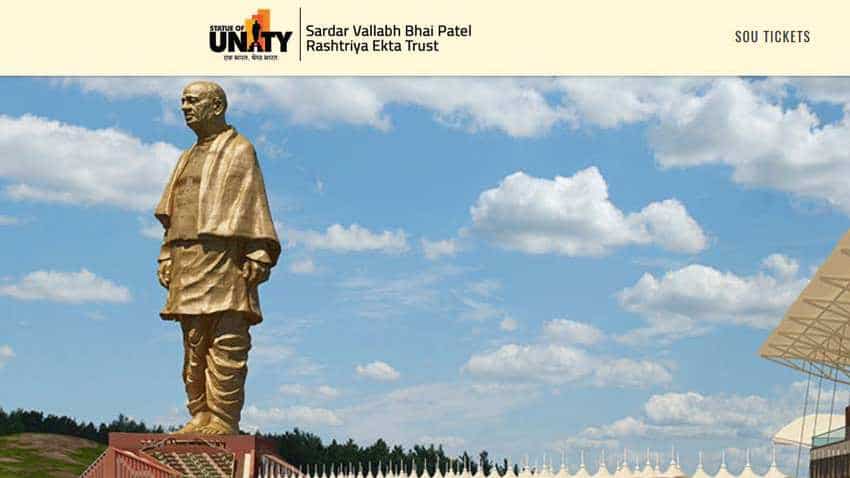 The Gujarat government built the 180-feet statue of Sardar Patel at a cost of around Rs 3,000 crore.
Written By: ZeeBiz WebTeam
RELATED NEWS

Wow! Visitors can now take a helicopter ride of Statue of Unity; here is how much it will cost

Very few people had heard the name of Kevadiya, a small town in Gujarat with a population of 6,788 people, before the Sardar Patel's 'Statue of Unity' made it famous. The town is located 3.5 km away from the world's tallest statue. With the inauguration of the Statue of Unity, fortune has also knocked at the doors of the town. The small town is all set to get a Indian Railway Station. The 'Statue of Unity' of Sardar Vallabhbhai Patel is located in Gujarat's Narmada district and to reach it, one has to reach Kevadiya first.

President Ram Nath Kovind and Prime Minister Narendra Modi will lay the foundation stone for the station on December 15. The station will have all modern facilities and is expected not only to boost the connectivity in the region but will also create employment opportunity.

At present, there is no air or train connectivity to Kevadiya. The nearest stations to Kevadiya are Vadodara (71.94 km), Bharuch (75.36 km) and Ankleshwar (77.95 km). A smaller station, Miyagam Karjan is 63.02 km from the town. The two nearest airports to Kevadiya are Surat (distance 83 km) and Ahmedabad (almost 200 km).

The Gujarat government built the 180-feet statue of Sardar Patel at a cost of around Rs 3,000 crore. On average, 15,000 visitors visit the statue every day, according to the state government.

Wow! Visitors can now take a helicopter ride of Statue of Unity; here is how much it will cost