Reliance Industries chairman and managing director Mukesh Ambani at Nasscom India Leadership Forum press conference in Mumbai on Wednesday said he thinks US president Donald Trump is a blessing in disguise for India. 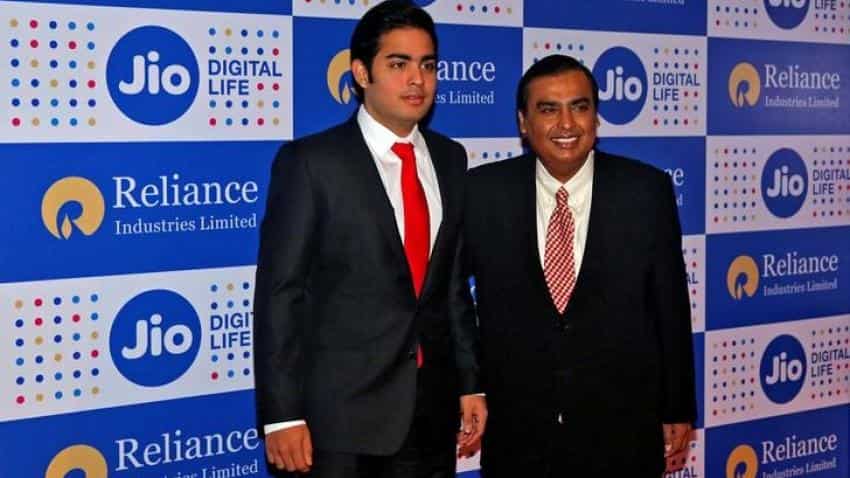 "Trump may be blessing in disguise for India. We will look to solve problems in India itself," Reliance Industries chairman and managing director Mukesh Ambani said at Nasscom event in Mumbai on February 15, 2017. Image Source: Reuters
Written By: ZeeBiz WebTeam
RELATED NEWS

Nasscom projects Indian IT sector to grow at 8.6% in FY17; defers industry growth prediction for FY18

Reliance Industries chairman and managing director Mukesh Ambani at Nasscom India Leadership Forum press conference in Mumbai on Wednesday said that he has a lot of respect for Indian IT industry adding that he thinks US president Donald Trump is a blessing in disguise for India, Zeebiz reported.

Trump has recently proposed an executive order to ban work-visa programmes, including the H1-B and L1 visas used by Indian IT professionals.

The executive order drafted by the Trump Administration not only strangulates H-1B and L1 visas, but also increases inspector raj and ends employment authorisation cards to spouses on such work visas, which was recently introduced by the previous Obama Administration, according to PTI reported dated January 31.

"We`ll be doing something very rapidly having to do with additional security for our country. You`ll be seeing that sometime next week," IANS reported on February 11 quoting Trump, as saying.

Nasscom said that the country's IT sector will grow at 8.6% in the current fiscal (FY17) as against 8% to 10% growth that was projected earlier.

"...Amidst continuous technology disruptions, political upheavals, and slowdown in IT-BPM global spending, the Indian IT-BPM industry is projected to grow at a rate of 8.6% (in constant currency) to reach over  $155 billion in FY17," Nasscom said in a press release.

However, the IT industry body declined to provide the sector's growth projection for the next fiscal.

Showing confidence on India's IT industry, Tata Sons chairman designate N Chandrasekaran while speaking at Nasscom's event said, "People say that these are turbulent times for the IT industry. But where there is a challenge there is opportunity."

"No matter what problems are there such as visa, H1B, etc. The IT industry will keep growing," N Chandrasekaran further said.

Nasscom projects Indian IT sector to grow at 8.6% in FY17; defers industry growth prediction for FY18