What began on social media as spontaneous offers of help from scientists to accommodate banned peers awaiting US clearance, following Trump`s January 27 order, has emerged as a clarion call to support those in need of immediate work spaces. 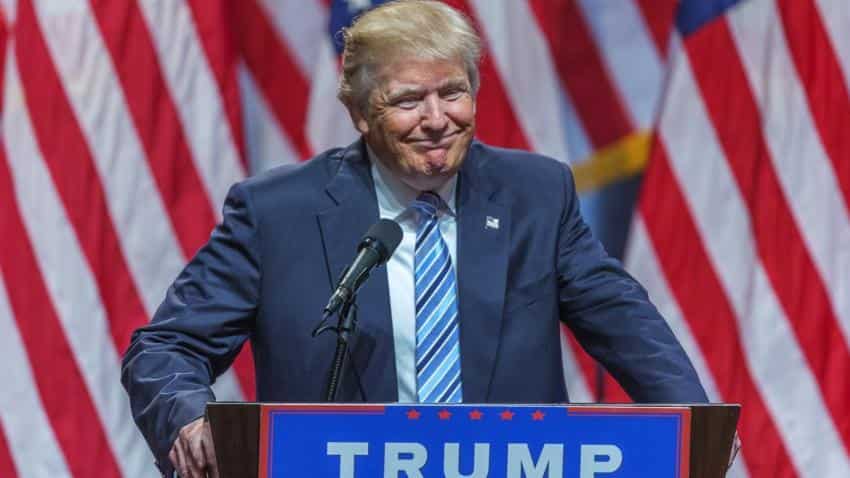 Offers continue to pour in as science, literally, attempts to trump the ban. Photo: IANS
Written By: IANS
RELATED NEWS

Refusing to bow before US President Donald Trump`s controversial travel ban, scientists across the world, including India, have opened up their lab spaces to counterparts stranded outside America.

Under the Science Solidarity List (SSL) initiative, researchers from over 30 countries have agreed to host the affected.

What began on social media as spontaneous offers of help from scientists to accommodate banned peers awaiting US clearance, following Trump`s January 27 order, has emerged as a clarion call to support those in need of immediate work spaces.

Anchored by the European Molecular Biology Organisation (EMBO), the SSL is a "list of scientists offering temporary bench or desk space, library access and possibly even accommodation for US-based scientists who are stranded abroad due to the White House Executive Order 13769, `Protecting the Nation from Foreign Terrorist Entry into the United States` of 27 January, 2017."

On Friday, a US judge in Seattle issued a temporary nationwide block on Trump`s ban on travellers from seven Muslim nations. However, the White House said the Justice Department will challenge attorney`s decision.

Offers continue to pour in as science, literally, attempts to trump the ban.

There are currently over 800 offers of assistance and the list gets a new entry every five minutes or so.

"We felt we had to do something. It is very discriminating. This impacts science a lot. It impacts the work of the lab. Their projects do not get done because the scientists are missing. It impacts everyone," Maria Leptin, director EMBO, told IANS over the phone from Heidelberg, Germany.

"We (scientists) see ourselves as a worldwide community and it is a completely natural thing for us to do," she said.

EMBO is an organisation of more than 1,700 leading researchers that promotes excellence in life sciences.

Its programmes and activities are funded by the European Molecular Biology Conference (EMBC). The EMBC, founded in 1969, is an inter-governmental organisation comprising 33 member- and partner-states, including India, which came under its fold in February 2016.

The solidarity list comprises offers from both EMBC and non-EMBC countries.

Leptin was the first to join the list, extending help to host stranded researchers in her own lab at the University of Cologne.

While most of the host offers are from Europe, the list includes labs in India, Canada, Israel, Japan, Saudi Arabia, Mexico, Singapore, Brazil, and China.

The "overwhelming response" from the fraternity is trending under the hashtag ScienceShelters.

Among the first to make personal offers of assistance via Twitter were population geneticist Magnus Nordborg and plant biologist Jurgen Kleine-Vehn from Austria.

A look at some of the tweets reflects the gravity of the situation, relegating scientists to an almost refugee-like status.

"I was pretty excited to join @soumya_boston`s lab but denied boarding due to my Iranian nationality. Feeling safer?" tweeted Samira Asgari.

The Kleine-Vehn Lab tweeted in response to an update of 420 offers of assistance: "Took less than 24h, reflecting the strong political statement!#ScienceSheltersAagainst Trump`s immigration ban and discrimination!"

Coming to the rescue of their peers are also scientists from India.

Till February 4, three offers were made from the country, all of them from Bengaluru-based National Centre for Biological Sciences (NCBS).

"I am a theoretical physicist who uses tools and ideas from physics and maths to try and pose new kinds of questions about basic processes in biological systems. Thus, what I can offer is simply desk space and access to computers and a scientific environment where a stranded scientist can continue their work, at least to some extent," Krishna told IANS.

Expressing his views on the "Muslim ban", Krishna reckons it would do more harm than good to the US.

"I have no doubt it is really a a Muslim ban, whatever legal devices they use to cloak it and justify it. As such, it seems to me quite against the Constitution of the USA, and practically speaking I would predict would do more harm than good to that country. Think this will simply spawn another generation of hurt and disgruntled young people who could be exploited by extremists," he said.

He added: "In India, though we can hardly take the moral high ground here because our governments similarly fail repeatedly, in my opinion, to protect the rights of minorities, including Muslims, and do not have a humane approach to immigrants or even a consistent political and legal framework for them."