GST which is a single tax on the supply of goods and services, right from the manufacturer to the consumer will be a destination based tax. 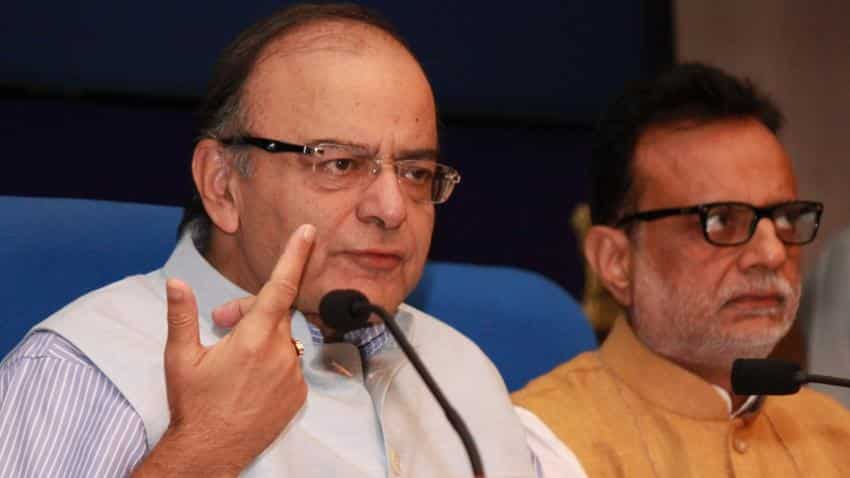 Rollout of GST by April 2017 will be a challenge by the government as it will require a team of 6,000 tax authorities. Photo: IANS
Written By: Hitisha Jain
RELATED NEWS

India's biggest tax reform, Goods and Service Tax (GST) Bill was passed in Rajya Sabha on Wednesday with the majority of votes (203 in favor).

GST which is a single tax on the supply of goods and services, right from the manufacturer to the consumer will be a destination based tax.

As ZeeBiz had earlier reported, rollout of GST by April 2017 will be a challenge by the government as it will require a team of 6,000 tax authorities.

Apart from that, there are crucial issues which are to be resolved before its implementation.

Is India ready for GST?

In a research report titled "India-Upper house clears the way for GST" by Standard Chartered said that in the near-term growth impact of GST implementation is likely to be negative as the economy adjusts to the new tax structure. Currently, GST rate is expected to be set in the 18-22% range, higher than the current 15% tax rate on services.

In the Kanika Pasricha, Economist, Standard Chartered pointed out the issues related to the revenue neutral rate and tax rates is one of the crucial hurdles. She said that higher RNR and tax rates will impede economic activity and also weigh on revenue collections.

Before the implementation of GST, the government should complete the back-end work, like setting up software that will automate the process between states and Centre and taxpayers.

On Wednesday, Ministry of Finance had indicated that the Central and State governments have already registered Goods and Service Tax Network (GSTN) as a not-for-profit, non-Government Company to provide a standard and uniform interface to the taxpayers, and shared infrastructure and services to Central and State/UT governments.

According to the report, the government will be required to set up a mechanism by GST Council to resolve the disputes before the implementation of GST.

The services sector (which contributes 57% of GDP) faces a higher tax rate. The companies in this sector will require multiple tax registrations, instead of the small number required today. Before the roll out of GST the process has to be streamlined, the report said.

Principles of place where goods and services are delivered

Before the GST implementation, the industry needs to flag any gaps in the current definition to avoid input credit loss/ambiguities when filing tax returns.

Revenue threshold below which traders will be exempted from GST

GST Council to decide on the threshold; if states’ suggestion of Rs 0.1 crore is approved, the central government will face a rise in administrative costs

The list should be decided prudently so as to limit cascading taxes.

Earlier, ZeeBiz had reported, that the government will now have to get the bill passed in the Lok Sabha, which can be as soon as Monday. This is as the ruling BJP party and its allies have a large majority of the seats in the house.