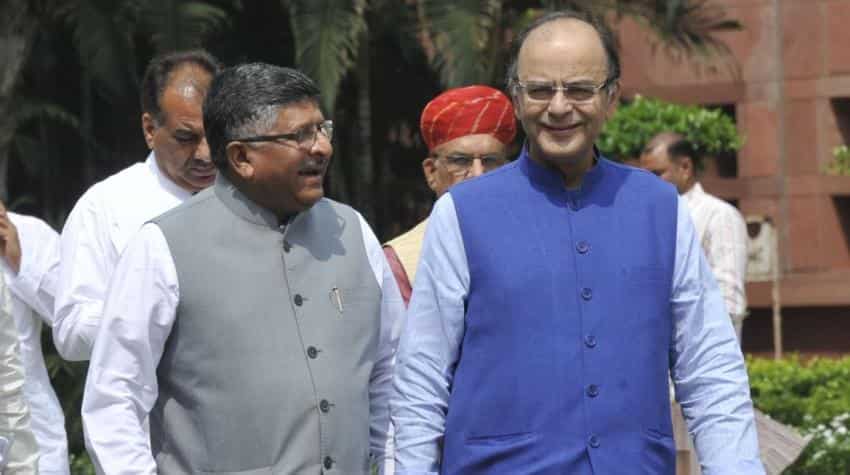 The Government said that the goods and services will become 'cheaper' once the Bill becomes a law. Photo: IANS
Written By: Hitisha Jain
RELATED NEWS

After 16 years, India's biggest tax reform bill, GST Constitutional Amendment Bill was passed in Rajya Sabha on Wednesday. The bill was cleared post a unanimous vote in favour of the bill.

After being the opposition to the Bill for many years, Narendra Modi-led Government has finally managed to convince the Rajya Sabha to pass the Bill, terming it as 'one nation one tax' rule. The Government said that the goods and services will become 'cheaper' once the Bill becomes a law.

This is  a million Dollar question.

Making the GST Bill a reality means a lot of back-end work, from logistics to setting up software that will automate the process between states and Centre.

The Ministry of Finance has indicated that the Central and State governments have already registered Goods and Service Tax Network (GSTN) as a not-for-profit, non-Government Company to provide a standard and uniform interface to the taxpayers, and shared infrastructure and services to Central and State/UT governments.

How will GSTN work?

GSTN is working on developing a state-of-the-art comprehensive IT infrastructure including the common GST portal providing front-end services of registration, returns and payments to all taxpayers, as well as the backend IT modules for certain States that include processing of returns, registrations, audits, assessments, appeals, etc.

All states, accounting authorities, RBI and banks, are also preparing their IT infrastructure for the administration of GST.

Once the GST web portal will be ready, there would be no manual filing of returns as all taxes will be paid online. In case of mis-match returns, it will be auto-generated to avoid manual calculations.

How will GST be administered in India?

Keeping in mind the federal structure of India, there will be two components of GST – Central GST (CGST) and State GST (SGST). 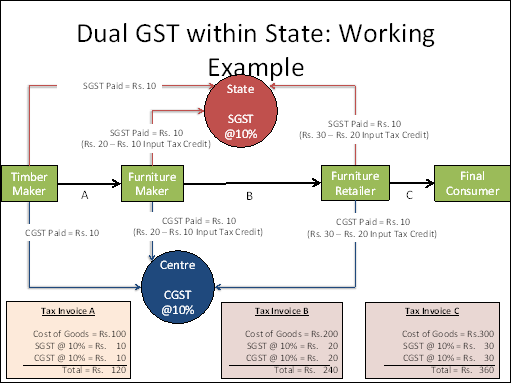 The input tax credit of CGST will be available for discharging the CGST liability on the output at each stage. Similarly, the credit of SGST paid on inputs will be allowed for paying the SGST on output. No cross utilization of credit will be permitted, Ministry of Finance said.

In case of inter-State transactions, the Centre would levy and collect the Integrated Goods and Services Tax (IGST) on all inter-State supplies of goods and services under Article 269A (1) of the Constitution. The IGST would roughly be equal to CGST plus SGST.

The inter-State seller would pay IGST on the sale of his goods to the Central Government after adjusting credit of IGST, CGST and SGST on his purchases (in that order). The exporting State will transfer to the Centre the credit of SGST used in payment of IGST. The importing dealer will claim credit of IGST while discharging his output tax liability (both CGST and SGST) in his own State. The Centre will transfer to the importing State the credit of IGST used in payment of SGST.Since GST is a destination-based tax, all SGST on the final product will ordinarily accrue to the consuming State. 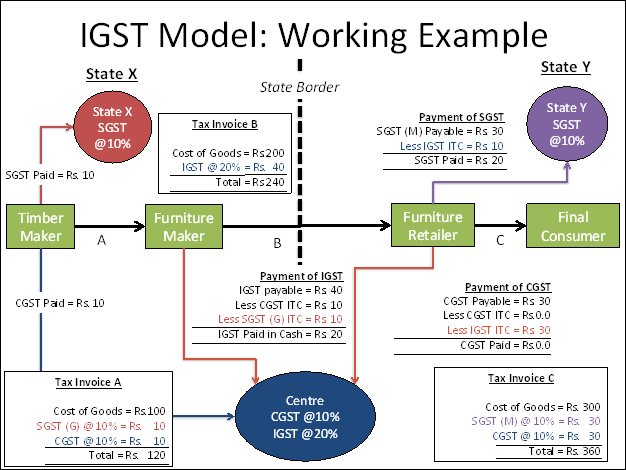 Till now, the centre has not decided GST rate, which will again a tricky issue. The Bill which was passed in Lok Sabha in May, 2015, said that the rates will be decided by GST Council and Finance Minister will head the council along with the presence of state finance ministers.

Further, after its passage in Rajya Sabha, the Bill will again go back to Lok Sabha where the amendments negotiated by the opposition party will be discussed and approved, Firstpost report said.

After that, the bill will be sent to the state legislatures for their approval and to become a law, the bill has to be passed by 15 states out of 31 states.

Naturally, all this will take time. Will the Government manage to roll out GST by April 1, 2017 now remains to be seen.