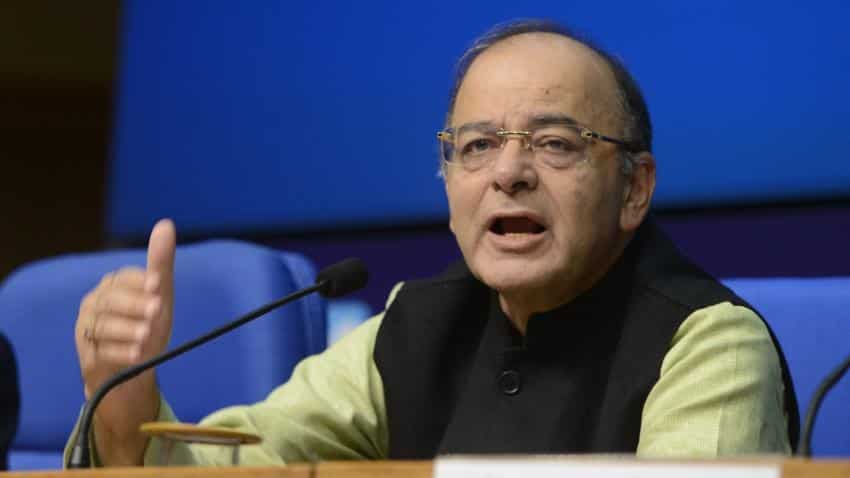 Government is looking into sudden 'popping up' of money into zero-balance Jan Dhan accounts, after an unprecedented Rs 2 lakh crore of cash flooded the banking system within just two days of demonetisation of high value currency.

Finance Minister Arun Jaitley said law enforcement agencies are keeping a hawk eye on illegal currency changers, offering to change the junked 500 and 1000 rupee notes, as well as those investing their money in gold and bullion to hide unaccounted wealth.

"We are getting some complaints that suddenly monies have popped up in the Jan Dhan accounts, so there is a misuse and that is why the rationing in initial days takes place," he said, adding that the departments concerned will act if anything improper is found in the deposits.

The government is focusing on ensuring that replacement of currency notes withdrawn, with new legal tender, takes place smoothly and quickly so that inconvenience to people is minimised, Jaitley said, adding "the Enforcement Directorate and revenue department are keeping a close watch".

Cautioning those indulging in illegal usage of the demonetised currency, he said authorities will not hesitate to take action against any unlawful activity.

His statement comes amid reports that the old high denomination notes had been used to buy gold or were being exchanged for a premium.

ED is scrutinising as many as 67 foreign exchange dealers and Directorate General of Central Excise Intelligence is also monitoring prominent jeweller and bullion traders.

The Finance Minister said India as a country should move towards plastics currency and more and more use electronic modes for transactions.

Country's largest lender State Bank of India has got Rs 47,868 crore cash deposits during the last two-and-a-half days and since SBI accounts for about 25 per cent of the banking system, the total cash mobilised by all banks put together could be around Rs 2 lakh crore, said.

In a surprise move, Prime Minister Narendra Modi had on the night of November 8 announced withdrawal of 500 and 1000 rupee notes but allowed people to deposit them in their bank accounts or exchange them with new Rs 2000 and Rs 500 notes till December 30.

To give comfort to honest taxpayers, it has said deposits of up to Rs 2.5 lakh in accounts of housewives and farmers will not be reported to Income Tax authorities.

He said the government had factored in that inconvenience may be caused in first few days but the long term advantages for the overall economy were far more, he said.

Businesses, he said, should brace for transacting through digital mode, cheques and payment gateways so that their lives remain simple going forward.

"As far as fake currency is concerned, government agencies are keeping an eye on that," he said.