More than 25 crore accounts created under the Jan Dhan scheme for below the poverty line families are being used to convert black money. 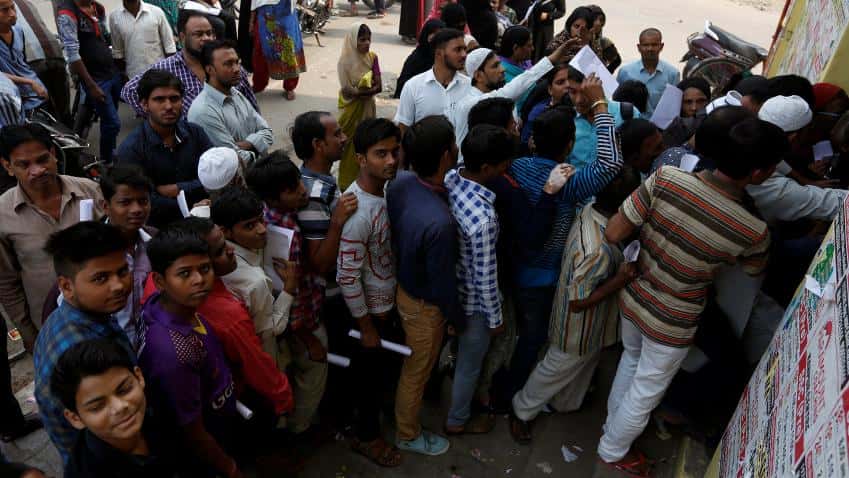 People queue outside a bank to exchange and deposit their old high denomination banknotes in the northern city of Kanpur, India November 11, 2016.Photo: Reuters/Adnan Abidi
Written By: PTI
RELATED NEWS

The demonetisation of high value currency notes by the Modi government has suddenly made 'money-changers' and 'entry-operators' active in managing black money.

Money changers are reported to be using zero balance 'Jan Dhan' accounts, mostly held by BPL families, as a vehicle to convert old currency by depositing Rs 500 and Rs 1,000 notes up to Rs 2.5 lakhs in these accounts.

"I am getting handsomely paid for depositing up to Rs 2.5 lakhs in my 'Jan Dhan' account and withdraw money when the restrictions end," a tea stall employee standing in a queue outside a bank here said.

There are more than 25 crore Jan Dhan accounts and the money changers and entry operators are tapping this segment to convert black money to legal currency.

However, All India Federation of Tax Practitioner Vice-president Narayan Jain said such a tactic was not practical on a mass scale, although some of these accounts might be misused.

A building material supply syndicate member in the satellite township of Rajarhat told a news channel here that they were facing huge problem following the government decision.

"Most of our trade is transacted through hard cash. Now, we found out a way (through entry-operators). We manage to get Rs 70 lakhs for Rs one crore," he said.

Income Tax department sources said they were keeping an eye on such entry-operators and had tracked one in the city recently.

Jain cautioned that the people using entry operators to convert their black money might get double-trapped.

"I-T will enquire once high value transactions take place, so it is advisable to disclose the source of the money officially," he added.