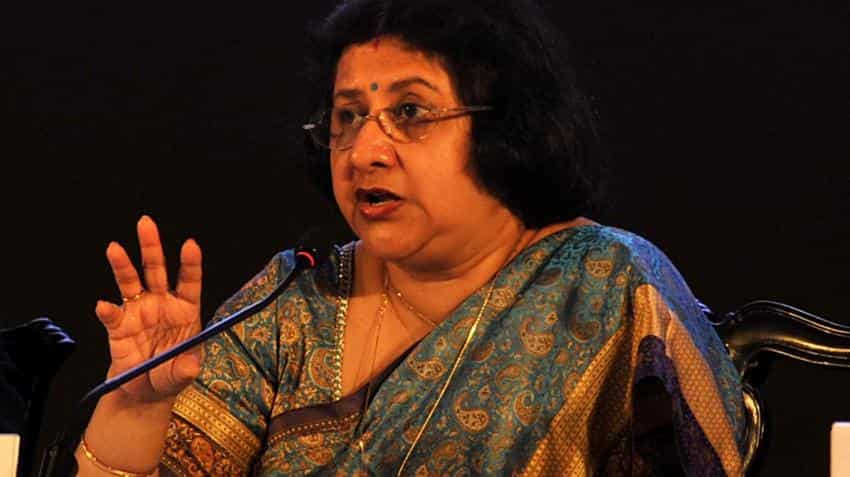 After being closed for a day, when the banks got opened on Thursday there were massive rush in regards to note exchange.

Till Thursday, SBI saw cash deposits of Rs 31000 crore out of which Rs 700 crore were exchanged.

In its Q2 review meeting held today, the bank said on Friday till now it has received Rs 7,783 crore of cash deposits and out of which Rs 412 crore were exchanged.

Arundhati Bhattacharya said," Cash is drying up but we are taking care of it. No need to panic we have 50 days in hand, nothing is going out of fashion. Till that time publicise the use of debit cards. "

The bank said, “29,176 ATMs of State Bank of India (SBI) is up and functioning, rest are expected to be operational by Tomorrow.”

She also added," Transactions were 8 lakh crore as compared to normal days of 4 lakhs."

On November 08, PM Narendra Modi announced the ban of big notes namely Rs 500 and Rs 1000 as a method to tackle blackmoney.