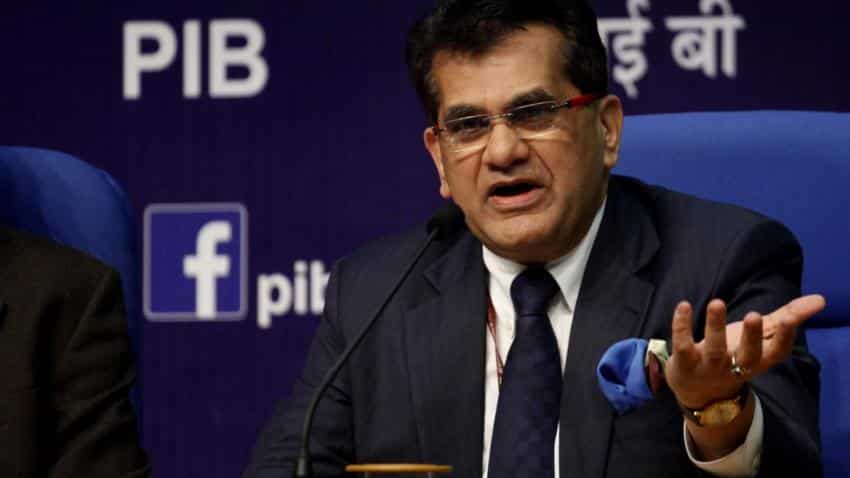 To promote digital payments post demonetisation, the government will give daily, weekly and mega cash awards totalling Rs 340 crore for consumers as well as merchants beginning the Christmas Day.

Announcing 'Lucky Grahak Yojana' and 'Digi Dhan Vyapar Yojana', Niti Aayog CEO Amitabh Kant said both the schemes will cover small transactions between Rs 50 and Rs 3,000 to encourage every section of the society to move to digital payments.

Terming it a 'Christmas Gift' to the country, Kant said the first draw will happen on December 25 and the mega draw on April 14, the birth anniversary of B R Ambedkar.

National Payment Corporation of India (NPCI) will announce 15,000 winners of Rs 1,000 each for next 100 days, starting December 25. There will be 7,000 weekly awards each for consumers and merchants.

"Focus of Lucky Grahak and Digi-Dhan Yojana is on poor, middle class and small businesses so as to bring them into digital payments revolution," said the Niti Aayog CEO.

As per estimates, only 5 per cent Indians use digital payment modes.

Giving details on digital transactions post demonetisation of old Rs 500/1000 notes, he said PoS transactions witnessed a jump of 95% since November 8 (till December 7).

RuPay Card transactions were up 316% and e-wallet 271%, while both UPI about and USSD witnessed increase of about 1,200 per cent each.

All forms of transactions through UPI, USSD, Aadhar Enabled Payment System (AEPS) and RuPay cards will be eligible for lucky draws.

Niti Aayog also said the scheme is not applicable for transactions done through private credit cards and e-wallets of private companies.