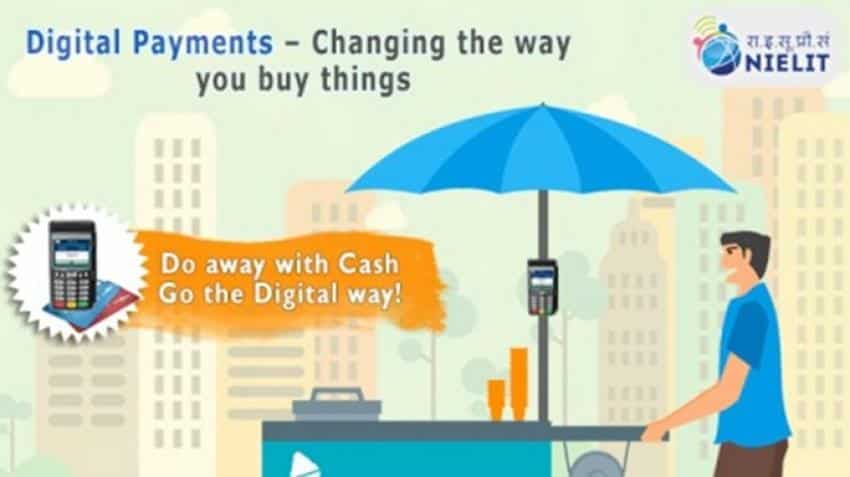 As per IT and Law Minister Ravi Shankar Prasad, digital payments have increased in the range of 400 to 1,000% since November 8 after scrapping of old Rs 500 and Rs 1,000 currency notes. Image Source: Twitter Handle of NIELIT
Written By: PTI
RELATED NEWS

After a TV channel and a website to promote digital payments, a nationwide toll-free helpline number '14444' will be launched soon to educate people and provide support related to cashless mode of transactions.

The service is expected to be operational within a week.

"Government had sought Nasscom's help in providing support on a mass scale to people. We had requested a single nationwide helpline should be set up which now assigned by the Department of Telecom (DoT) which is 14444. We are putting call centre support at the back-end. It is fairly advance stage of operation," IT body Nasscom President R Chandrashekar told PTI.

"It is awareness with intention of conversion in actual transaction. It is to help people at the first level to zero in on the option most suitable for them that depends on person whether he has feature phone or not, Aadhaar number or not, bank account so many combination need to be seen," Chandrashekhar added.

As per IT and Law Minister Ravi Shankar Prasad, digital payments have increased in the range of 400 to 1,000% since November 8 after scrapping of old Rs 500 and Rs 1,000 currency notes.

Prasad tweeted on Saturday as saying," Growth in value of digital payments after 8 Nov 2016 proves that more & more people are paying digitally. #GoCashlessGoDigital."

When asked about timelines for operationalising Cash Mukt Bharat Abhiyan Helpine number, Chandrashekhar said, "We are hoping that before the end of next week, it will be available."

He said that once people will start using a particular methodology then helpline of particular digital payment service provider will also be made available through the helpline.